In December DRPG worked with Triumph Motorcycles Ltd on the launch of their all new Tiger 900 motorbike. The event was held inside the Triumph factory at their HQ in Hinckley and had a live audience of 150 global press and invited guests.

As well as launching their latest products, Triumph wanted to generate buzz around the announcement of a dream collaboration in the form of a partnership between Triumph and James Bond. This was ahead of the upcoming 25th James Bond film ‘No Time to Die’, in which the Tiger 900 features.

The complex brief was to not only produce an immersive live event that would showcase the bike and its new features, but also to generate high quality, engaging video assets that could be used post event and in the lead up to the launch of the James Bond film in November.

Central to the event was a stunt, where the James Bond stunt team jumped over the Jaguar Land Rover Defender which also features in the film. After the filming of the stunt, the press and audience had time to get up close to the Tiger 900 and meet the James bond riders while enjoying hospitality with entertainment from DJ Andrew Shim (aka 'Milky' from the TV series This is England). 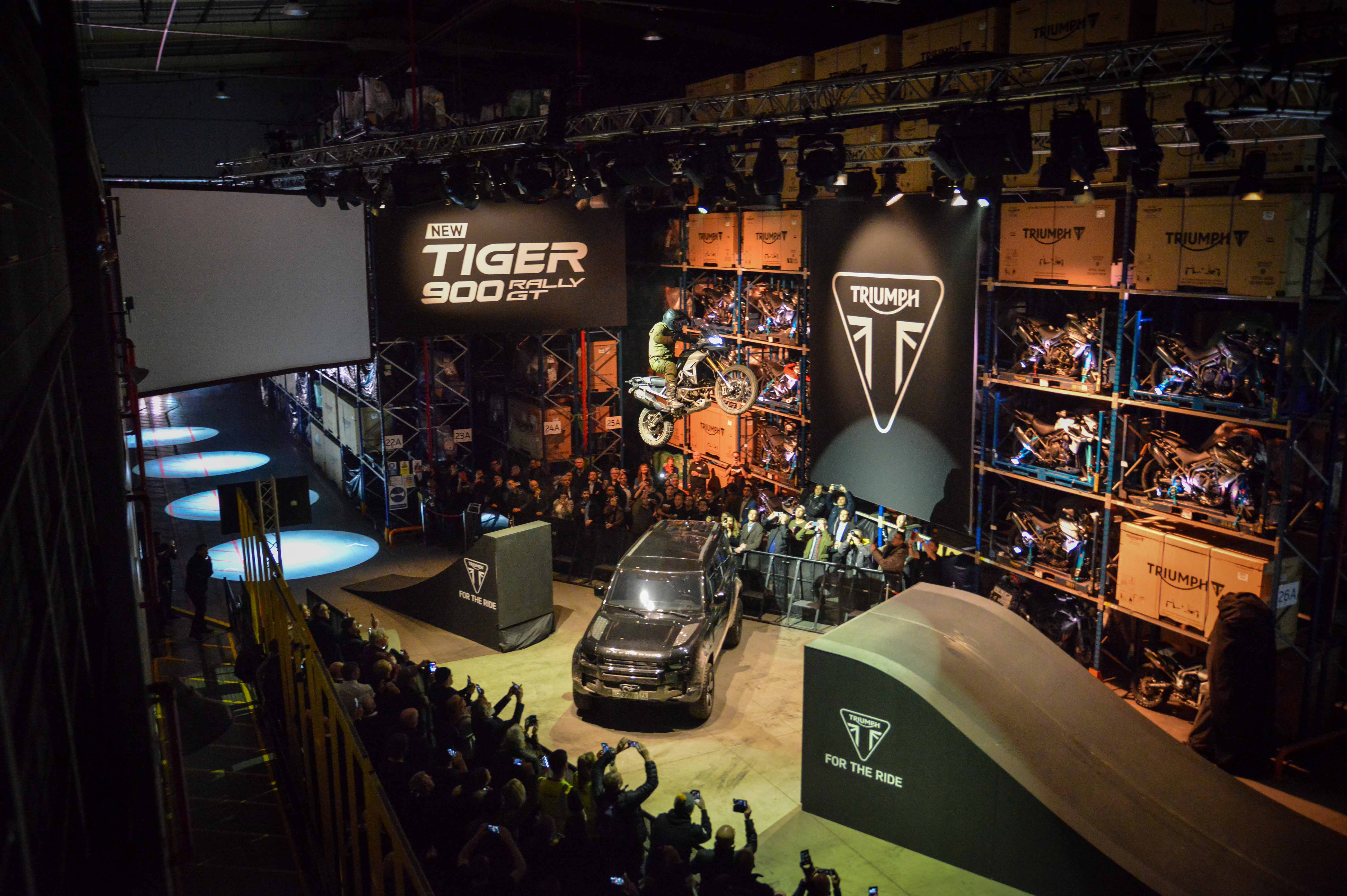 DRPG produced video of the event and the stunt to be promoted through social media campaigns running up to the release of the film. Results are still being assessed, but the teaser video campaign reached 10 million viewers in the UK alone when initially published after the event.

Dan Harris, director and editor at DRPG directed the film. He said: “The biggest challenge about this project was trying to find a balance between it being an engaging event with a large live audience and a high-end video shoot.

"We had to liaise heavily with the events team to organise lighting etc, and make sure it was optimised for both objectives. The timings behind capturing the stunt live were made more difficult by only having a few tries to get it right.

"The bikes had to land in the right place for the branding to work for the filming. While the teaser video was only 15 seconds, the amount of planning, preparation and equipment involved in creating it was huge, especially for a stunt of this size." 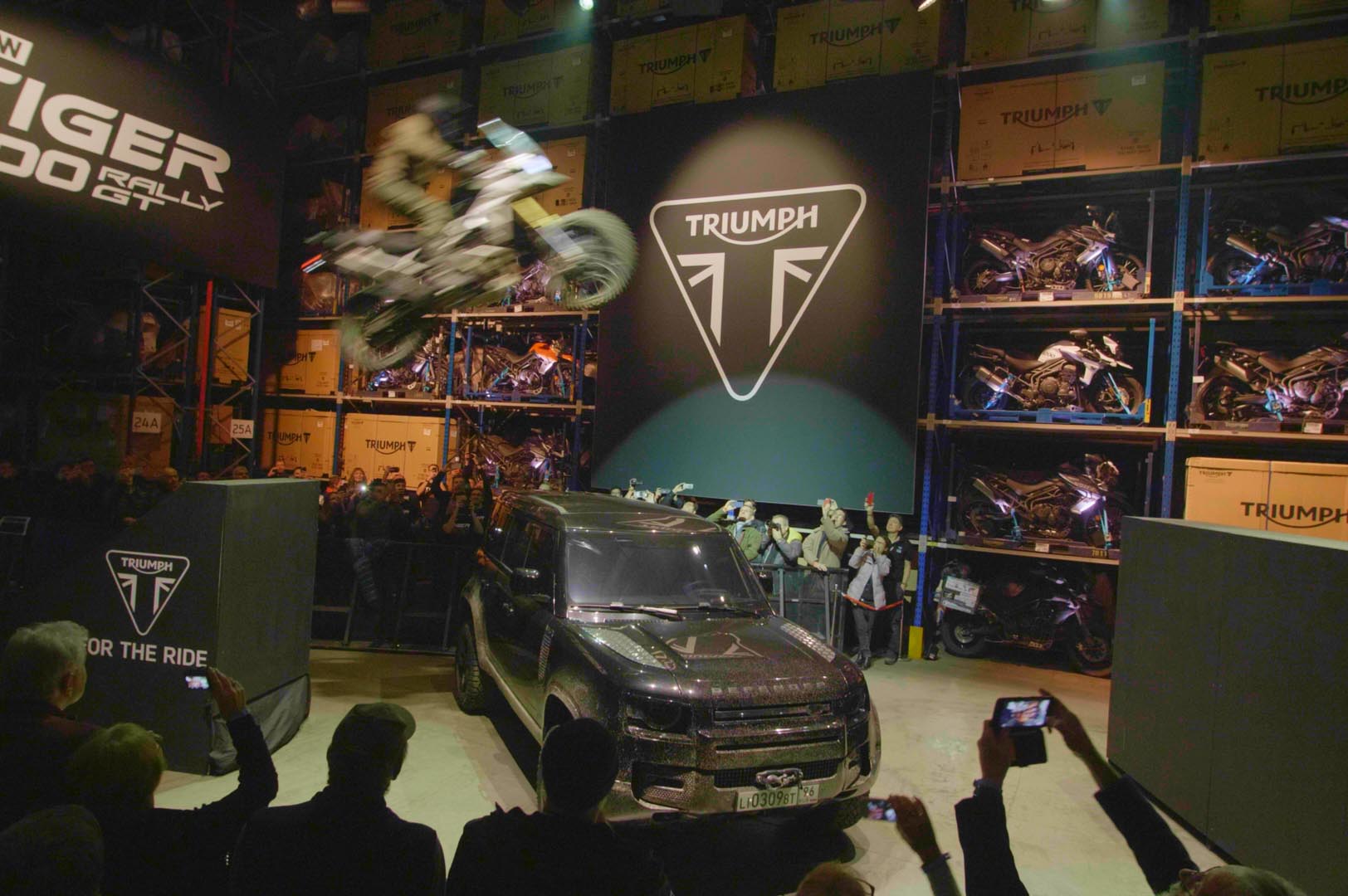 “The event needed to showcase the new bike in a dynamic and engaging way," said Gareth Bright, global events manager at Triumph Motorcycles Ltd. "The opportunity arose that this could also link in nicely with the collaboration with the James Bond ‘No Time To Die’ film.

"So naturally we investigated the ability to replicate a small scale stunt, with the assistance and help from the professional stunt team. The event created many challenges, but with the DRPG, Triumph staff and the stunt crew, we successfully showcased the launch of the bike to our global markets.

"The DRPG team were incredibly professional and turned the area within the factory into a really exciting event space with lighting and branding but also used the industrial feel of the factory to create the perfect event space.”

Watch the video from the event below