The first event of its kind to be held in the UK, the conference shone a global spotlight on media freedom. The Foreign and Commonwealth Office (FCO) contracted Identity as its trusted event partner to support it with the Global Conference for Media Freedom, held at Printworks, London in July 2019.

The inaugural Media Freedom Conference was co-hosted by Canada and the UK and formed part of an international campaign. The conference was structured around four themes:

More than 1,500 international delegates attended the event, including global leaders, representatives from the media industry, journalists, civil society and academia. The first day focused on defining the challenges, the second on solutions to those challenges.

Producing a sustainable event was essential and in-line with Identity’s rigorous environmental and sustainability policy. Single-use plastic and PVC were not permitted, LED lighting was used to maximise energy efficiency and there was a strong emphasis on significantly reducing the overall carbon footprint of the event.

Due to the profile of delegates attending, delivering a secure event was critical and Identity collaborated with the Metropolitan Police to ensure all appropriate safety and security measures were undertaken. 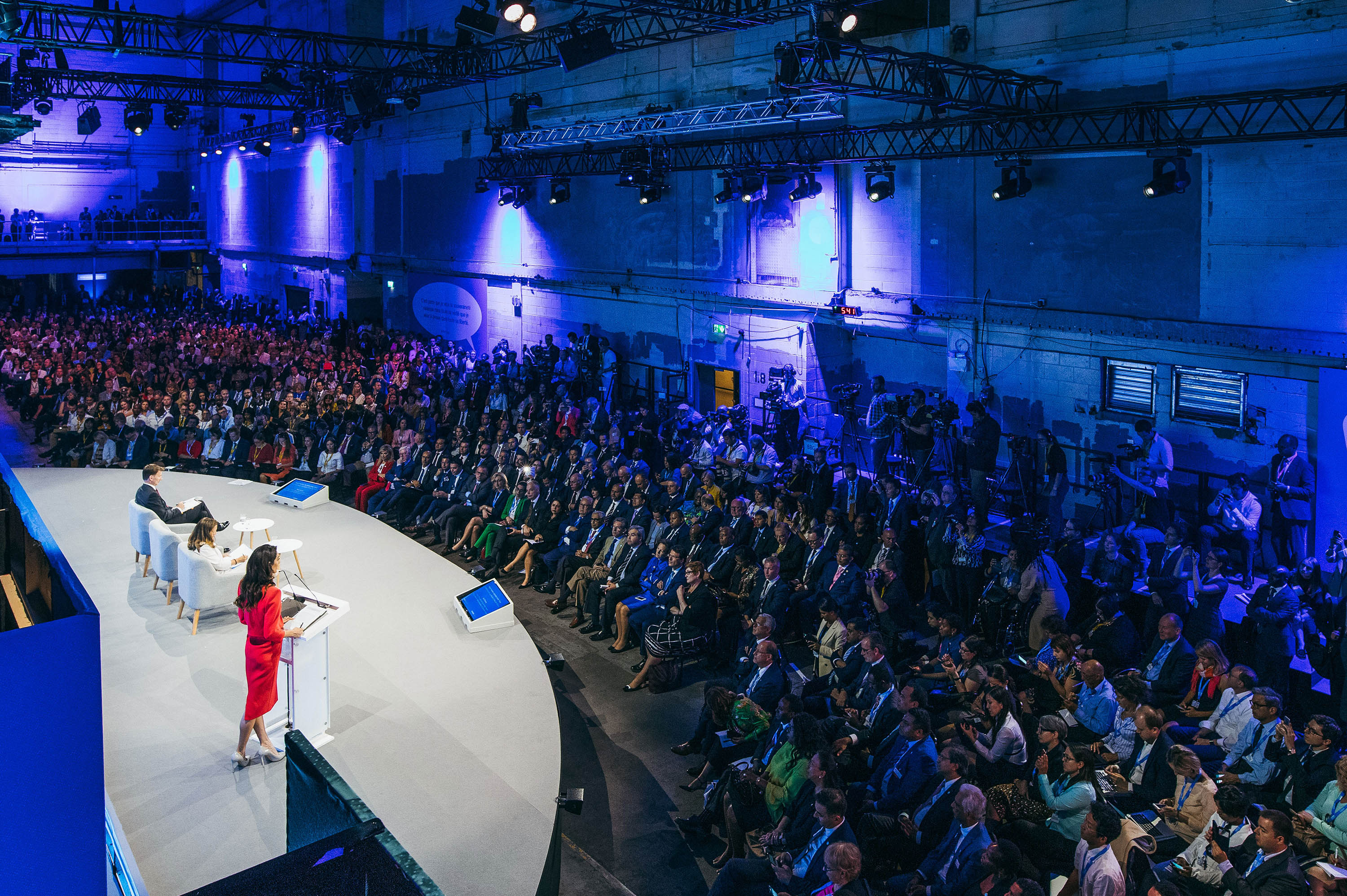 The conference opened its doors on 10 July and delegates were provided with a content-rich agenda which included plenary sessions, discussions, debates, networking opportunities and a silent cinema.

The plenary sessions were a major highlight of the event, attracting over 1,200 delegates in the main hall to listen to presentations and discussions with the former foreign secretary Jeremy Hunt, the deputy prime minister of Canada Chrystia Freeland and the special envoy on media freedom, Amal Clooney.

Identity had just nine weeks from contract award to on-site, to plan and execute this major event. The pre-production period was intense and required close collaboration with several key stakeholders to guarantee the event’s success.

A project of this magnitude brings many challenges and one of the most pressing was the limited time available to set up the event on-site, which involved an entire fit-out of the venue, Printworks. With only three days to build, test and rehearse the event, every second was meticulously planned to ensure Identity delivered the highest quality event within the short timescale.

Printworks has many rooms and access routes, so Identity developed an integrated way finding solution using large-format signage in English and French to assist with guiding delegates through the venue. An on-site print production facility ensured any short notice print requirements could be accommodated easily. 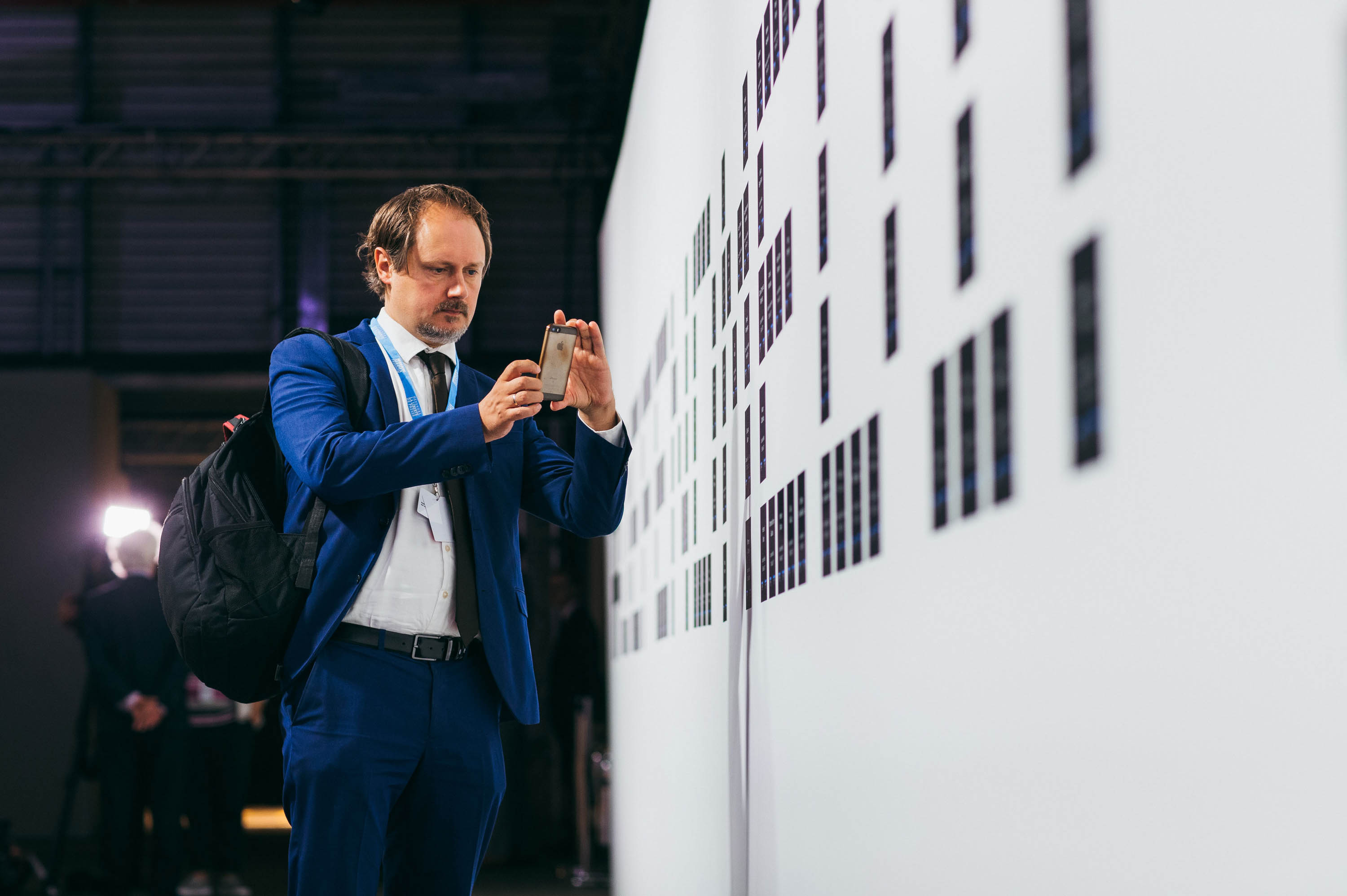 The event included more than 30 sessions with a total of 120 speakers and Identity collaborated with the FCO to coordinate all speaker presentations and requirements, providing a team of experts to schedule and manage the integrated programme.

Identity also created an innovative and immersive 360-degree multi-media experience to open the plenary sessions. Delivered in English and French, the experience provided an excellent platform to highlight the key topics and challenges relating to media freedom.

The global relevance of the event meant there was significant media interest and Identity provided integrated Host Broadcast Services to support the media in reporting at the event.

To support the Host Broadcast service, Identity provided a state-of-the-art Outside Broadcast Unit, which was the lynchpin of the operation, along with a Media Filing Centre, equipped with workstations and edit suites which provided the facilities media required to work productively at the event. 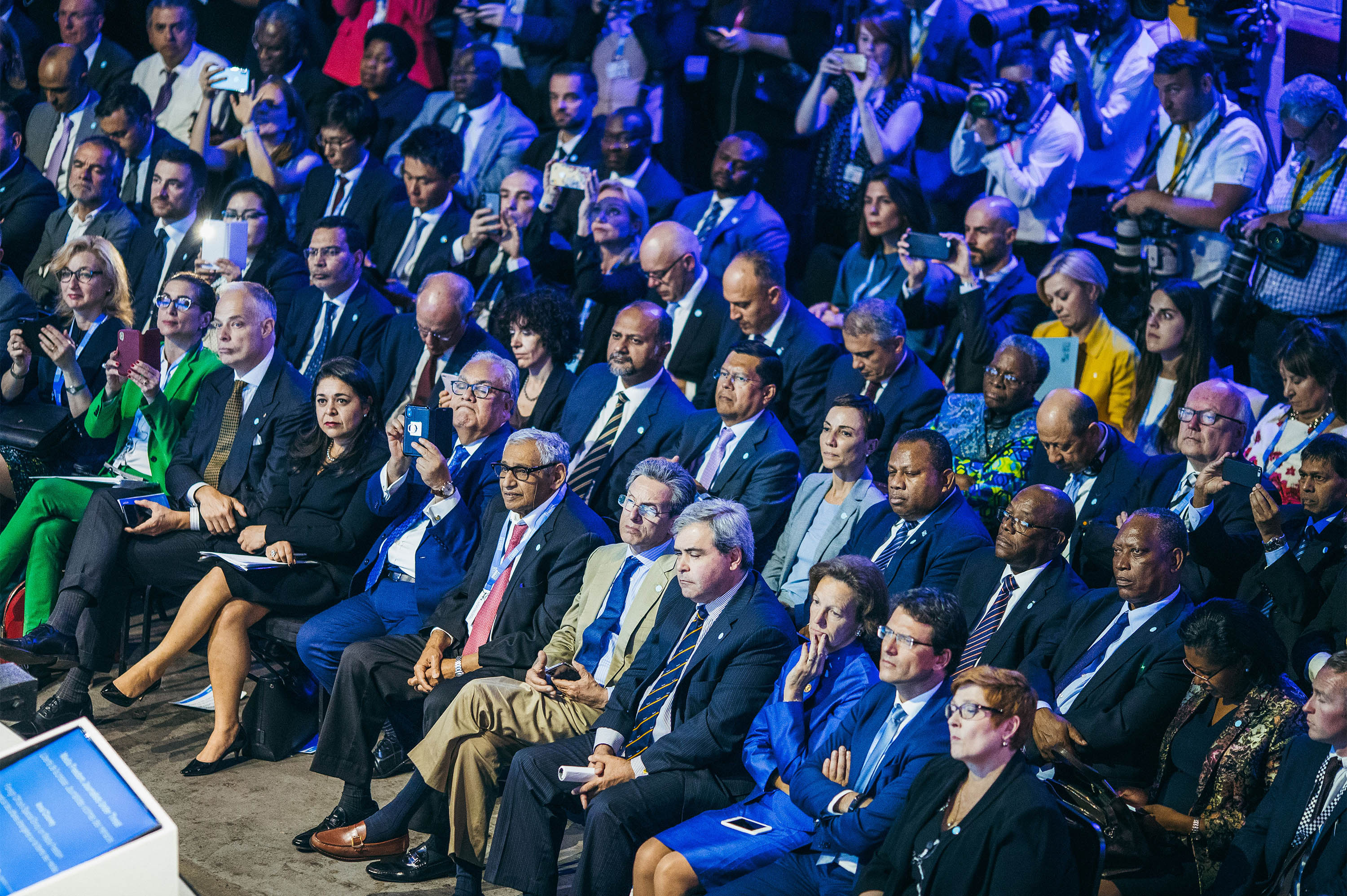 The conference attracted higher-than-anticipated participation with 60 ministers, more than 100 countries and over 1,500 delegates from all regions.

“I would like to thank you and all your team formally on behalf of the FCO for your hard work in helping us to deliver the Global Conference for Media Freedom,” said a deputy director at the Foreign and Commonwealth Office.

“Thanks to the sterling efforts by you and the team, Printworks really did look stunning.  As well as having a great vibe and lots of creativity, it was also comfortable enough in the right places for the visiting ministers and other delegates. I was delighted with the result.

“The opening sequence and plenary sessions really brought the Press Hall to life and made the most of the impressive industrial space. All in all, a very successful conference.”

What: Global Conference for Media Freedom
When: 10-11 July 2019
Where: Printworks, London
Who: Foreign and Commonwealth Office (FCO)
How many: 1500+