The boldest venues opening in 2020 and 2021 offer a grand vision of what events can achieve, showing that one space has the ability to host anything a planner could dream of.

Whether it’s all-singing, all-dancing tech-enhanced sensory overloads or a dinner for boardroom bosses, flexibility has become the watchword for new convention centres.

But for event professionals, the first questions still centre on the practical details. How far away is the airport and how are delegates going to arrive at the venue? What about accommodation – are the hotels in the area fit for purpose? As for the venue itself, is there sufficient onsite catering and parking?

Purpose-built venues have the advantage of being able to build their proposition from the ground up and these eclectic new convention centres – from Bahia in Brazil to Bruges in Belgium – certainly don’t disappoint.

Here’s a first look at what the venues and their different locations offer.

Billed as Asia’s “ultimate” integrated resort and MICE destination, Galaxy International Convention Center (GICC) and Galaxy Arena will open in Macao in the first half of 2021.

Macao itself was a Portuguese colony for more than 400 years before becoming a Chinese territory in 1999, which can be seen in the architecture and character of its 20 Unesco World Heritage Sites, including a fortress and a lighthouse.

There’s also a ballroom that can cater for more than 1,000 guests, as well a luxury hotel with over 700 rooms. Finally, there is the 16,000-seat Galaxy Arena for world-tour concerts and spectacular large-scale sporting events.

Transport links have been significantly improved with the newly opened Hong Kong-Zhuhai-Macao Bridge – the world’s longest sea crossing – which has dramatically enhanced Macao’s connectivity with the region’s Greater Bay Area. Macao is connected by direct flights to major cities in Greater China and more than 200 cities worldwide.

Macao is now part of the People’s Republic of China, but it remains a Special Administrative Region and has its own immigration controls. That means no visas are required for visits up to six months.

The convention centre connects to a collection of luxury hotel brands under one roof. These are the Ritz-Carlton, Banyan Tree, JW Marriott Hotel, Hotel Okura, Galaxy Hotel and Broadway Hotel.

There’s also easy access to 1.1 million square metres of entertainment, shopping and leisure attractions nearby. Among them are 120 dining options at Galaxy Macao, some of which have Michelin stars.

There’s also the Broadway Food Street at Broadway Macao, a foodie’s fantasy land which is just a bridge away from Galaxy Macao.

The Promenade shops include 200 international brands, a 4K laser cinema and a range of spas. 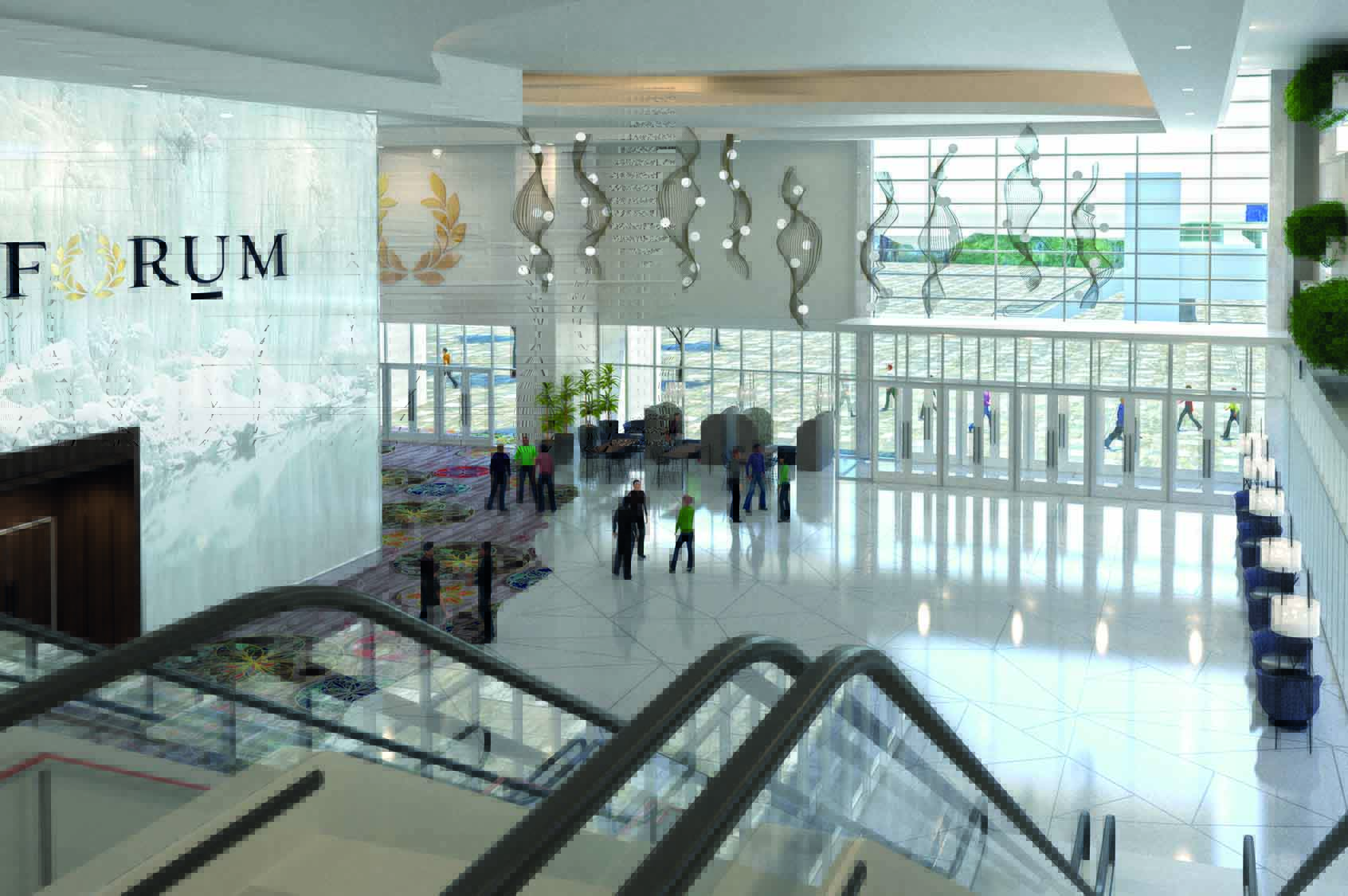 Whether it’s a one-off trip to witness the charms of Sin City or a return to the gambling capital of the world, planners thinking about a US event will already have ‘Caesars Forum 2020 grand opening’ written in their diaries.

The two larger ballrooms can each be split into around 40 sections, while the two smaller ballrooms are divisible into 22 sections each. The conference centre can host 10,000 attendees and has the latest tech, a clean, modern design and plenty of natural light, thanks to the large windows. It also has a dedicated 10,000 square metre outdoor plaza, which can be used for serving breakfast, lunch or dinner under the stars.

Caesars Forum is being built on one level, with two loading docks, making it easy to set up and tear down equipment for meetings. It will be connected to the LINQ promenade for shopping, dining and entertainment – which groups can buy out for a private event – and the Brooklyn Bowl, a concert venue set at the centre of the promenade.

The venue will have direct access to 5,000 rooms at the LINQ and Harrah’s hotels through the Forum Sky Bridge. The Flamingo Las Vegas hotel and casino is also accessible through the LINQ promenade and offers another 3,500 rooms.

The conference centre will also be within walking distance of eight of Caesars Entertainment’s other Las Vegas hotels – with 20,000 rooms between them – including Caesars Palace, Paris Las Vegas, and Planet Hollywood Resort and Casino. 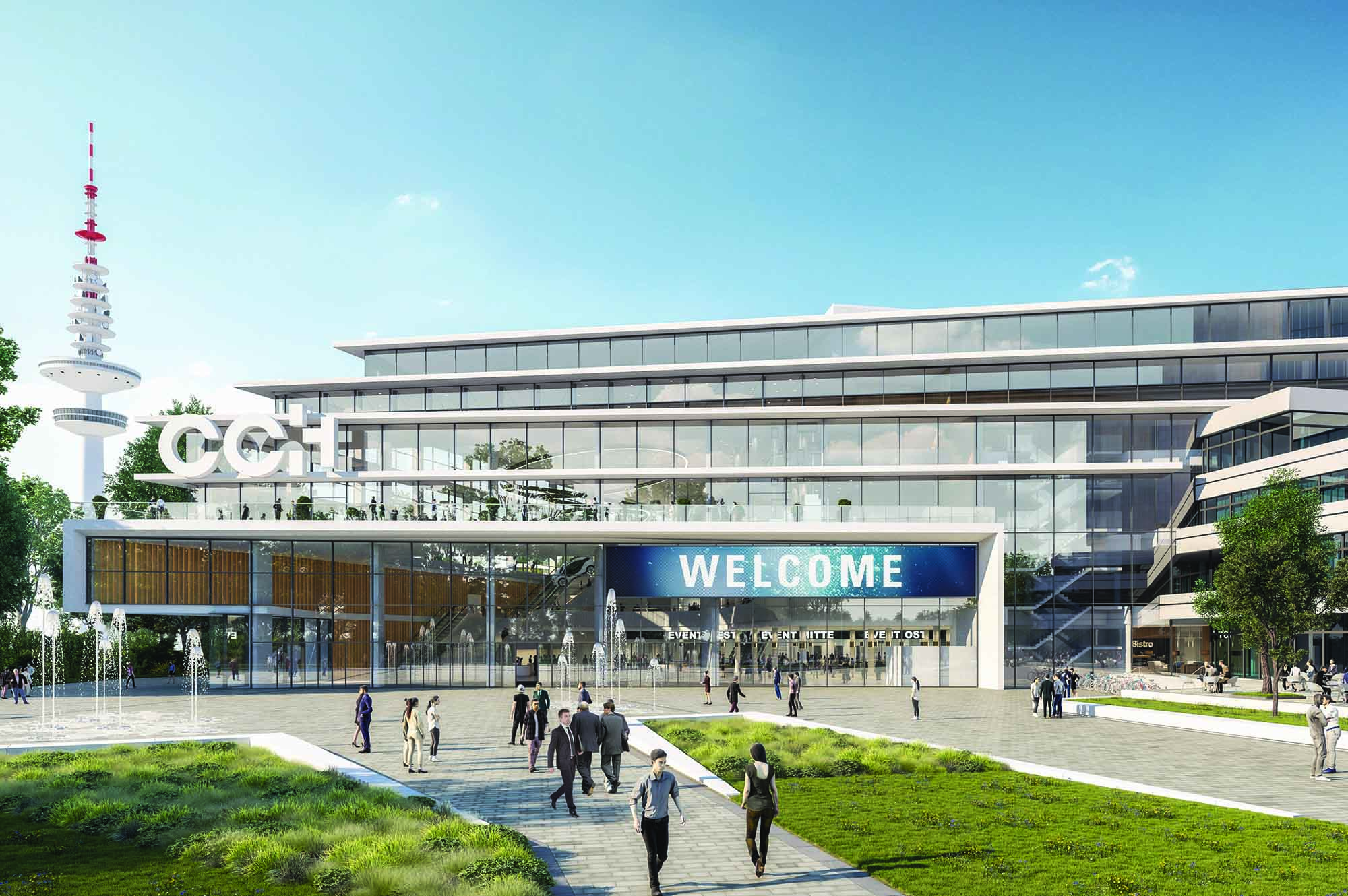 With an aim to be among Europe’s largest convention centres and the largest of its kind in Germany, Congress Center Hamburg (CCH), is scheduled to open in the city next summer.

CCH is set in central Hamburg with the Dammtor mainline railway station just a few hundred metres away. The urban park Planten un Blomen is close by and there are 100 hotels within walking distance.

The grand opening is pencilled in for next year following a modernisation programme that began in January 2017. It will have a total exhibition space of 12,000 square metres.

There will be 12,000 seats in up to 50 halls and rooms, with other options in the congress centre itself, meaning huge international conventions, work group meetings in break-out rooms and corporate events can all be catered for.

The redeveloped venue will be able to run several concurrent events and its entrance hall offers additional multi-purpose space.

All of the spaces can be configured to suit specific requirements, with rooms that can be easily subdivided or expanded.

Built on the water, Hamburg has six times as many bridges as Venice and is a pleasant city to stroll around, with a cosmopolitan shopping district. 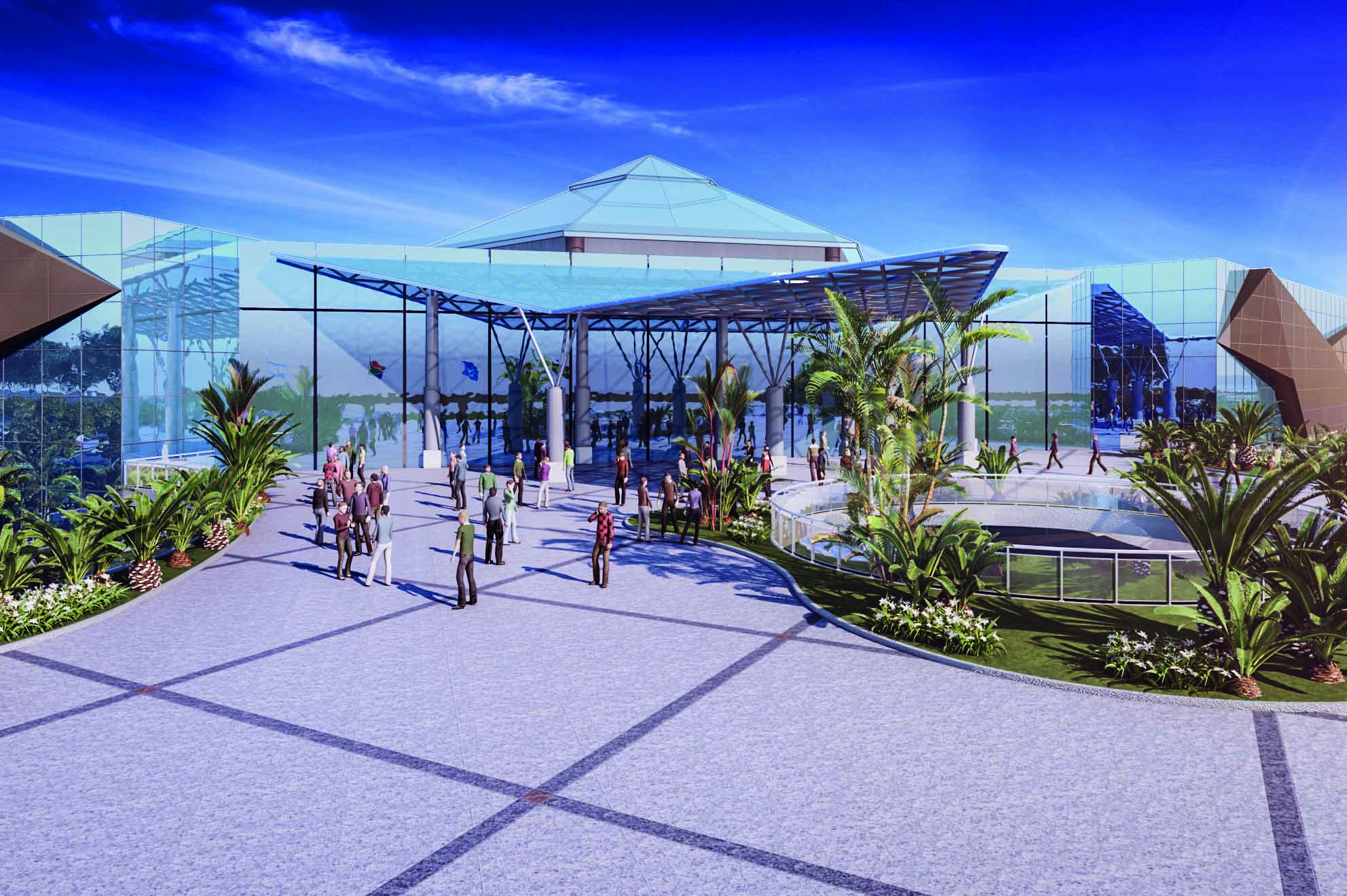 Salvador Convention Center in Salvador de Bahia, Brazil will open in early 2020 for large-scale meetings and events. The new venue includes 15,000 square metres of indoor space and 12,000 square metres outdoors, with capacity for up to 20,000 attendees.

It has eight multi-purpose halls and more than 40 meeting rooms which can host between 50 and 800 people, as well as a large parking area.

Delegates can also visit local restaurants and enjoy a walk along the palm-fringed beach after hours.

Salvador is the country’s third business tourism destination after São Paulo and Rio de Janeiro and the fourth most populous city in Brazil.

It is known for its Portuguese colonial architecture, AfroBrazilian culture, tropical coastline, gastronomy and multicultural atmosphere. The city has a hotel capacity of 20,000 rooms and 12 million passengers pass through the airport every year. 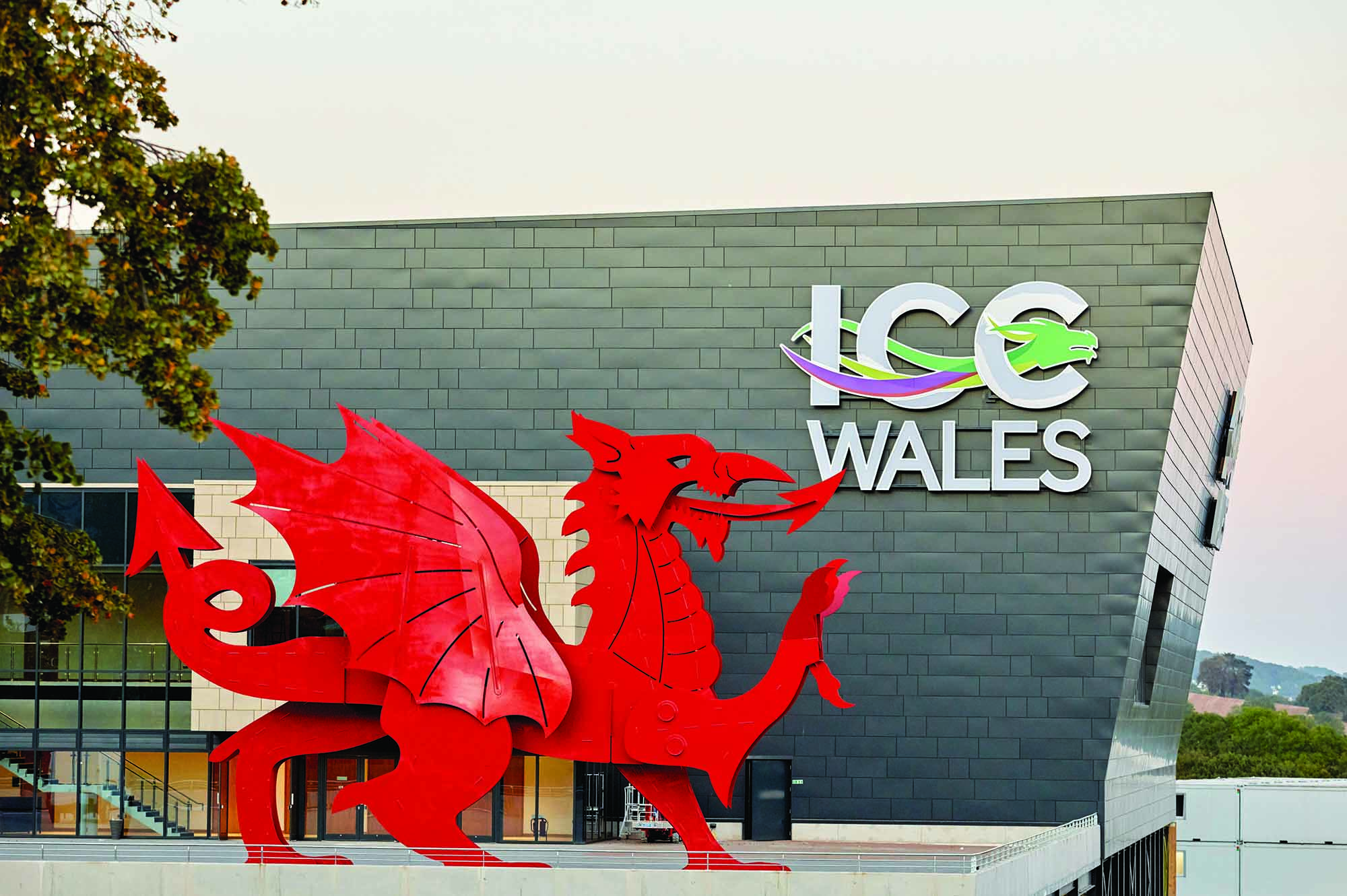 Opened in September 2019, the £84 million meetings venue in Newport, South Wales has already hosted ‘An Experience with Arnold Schwarzenegger’, a gala dinner for more than 1,200 people and a BBC Wales Live Debate for the UK Space Conference.

Set within the grounds of the Celtic Manor Resort, the venue is just two minutes from the M4 motorway and less than two hours from London Paddington by train.

It is a new-build 26,000 square metre centre that can host more than 5,000 delegates. The spaces include a 4,000 square metre pillar-free main hall, a 1,500 seated auditorium, 15 flexible meeting rooms, a double-height glass atrium and a 2,500 square metre outdoor plaza for al fresco events.

An Experience with Arnold Schwarzenegger was a special event organised to coincide with the release of the 2019 blockbuster Terminator: Dark Fate and to celebrate the 35th anniversary of the original The Terminator movie. The event included an interview with Arnie, who shared stories about his incredible career across body-building, film and politics.

During the conference, it was announced that the Snowdonia Spaceport Development Plan will receive up to £500,000 from the UK government to support its proposal to create a centre for space research and a satellite launch. 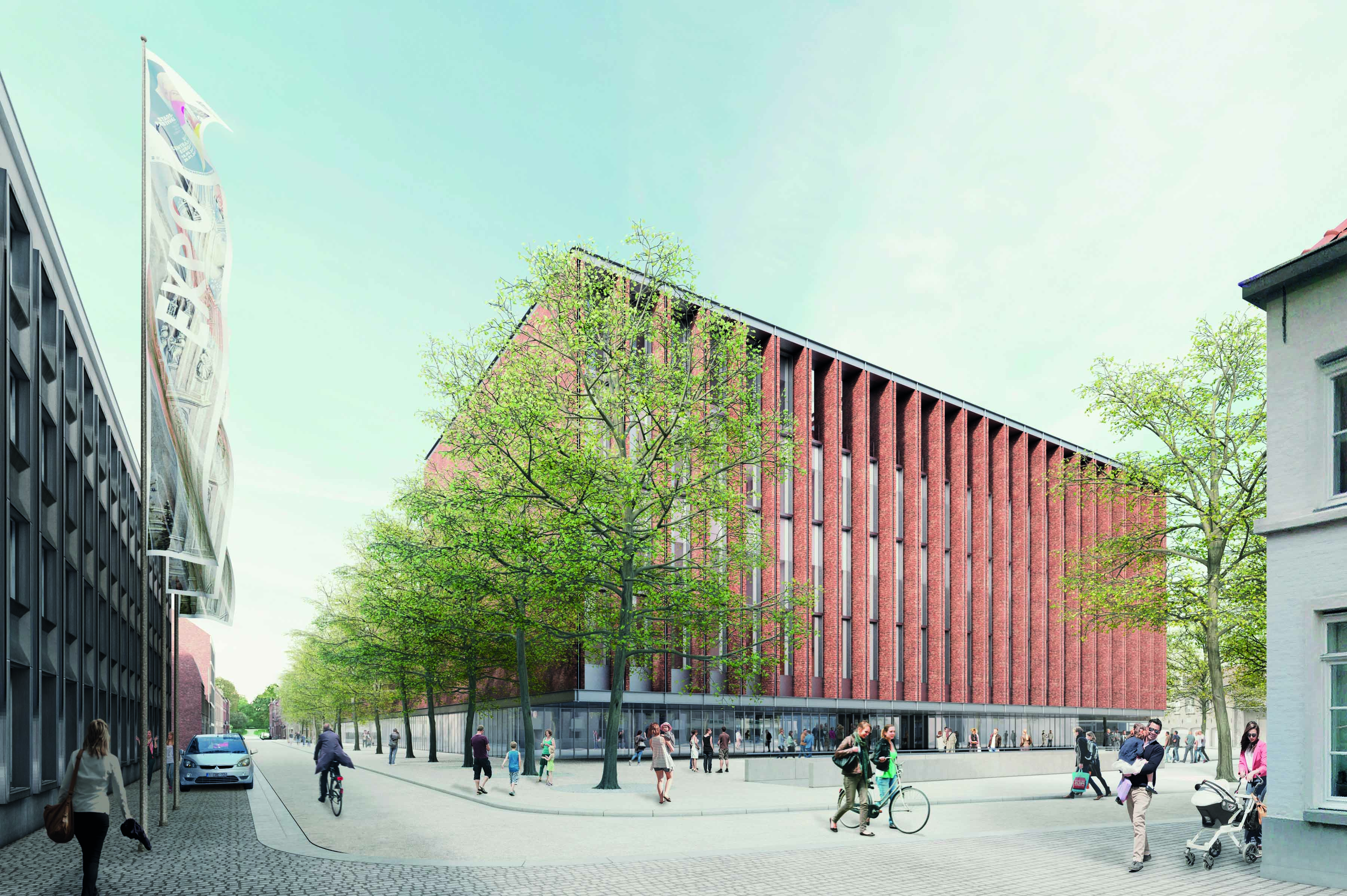 A new trade fair and convention centre is being built in the heart of the historical city of Bruges, Belgium. The venue is within walking distance of most hotels and sights in the Unesco World Heritage city centre, including the ‘Markt’ with its rows of medieval buildings.

Work began in September 2019, with opening of the building set for autumn 2021.

City officials commissioned the construction of the new trade fair and convention centre to contractor, developer and architectural consortium ‘Beursgenootschap Souto de Moura – META – CFE’ (see panel below) with a budget of €40 million.

It was decided that the new structure should be a modest-looking public building, built with reclaimed bricks, giving it a typical Flemish look. The roof will allow for direct daylight and natural lighting conditions in the hall.

A top-floor catering room will offer views of the city centre and will be made available as space from which to serve guests across 4,500 square metres of exhibition space. The plenary hall will have 500 retractable seats, a large foyer, poster areas and eight modular breakout rooms.

Ostend-Bruges International Airport is about 40 minutes away by car, while trains connect to the Eurostar rail service in just over an hour.