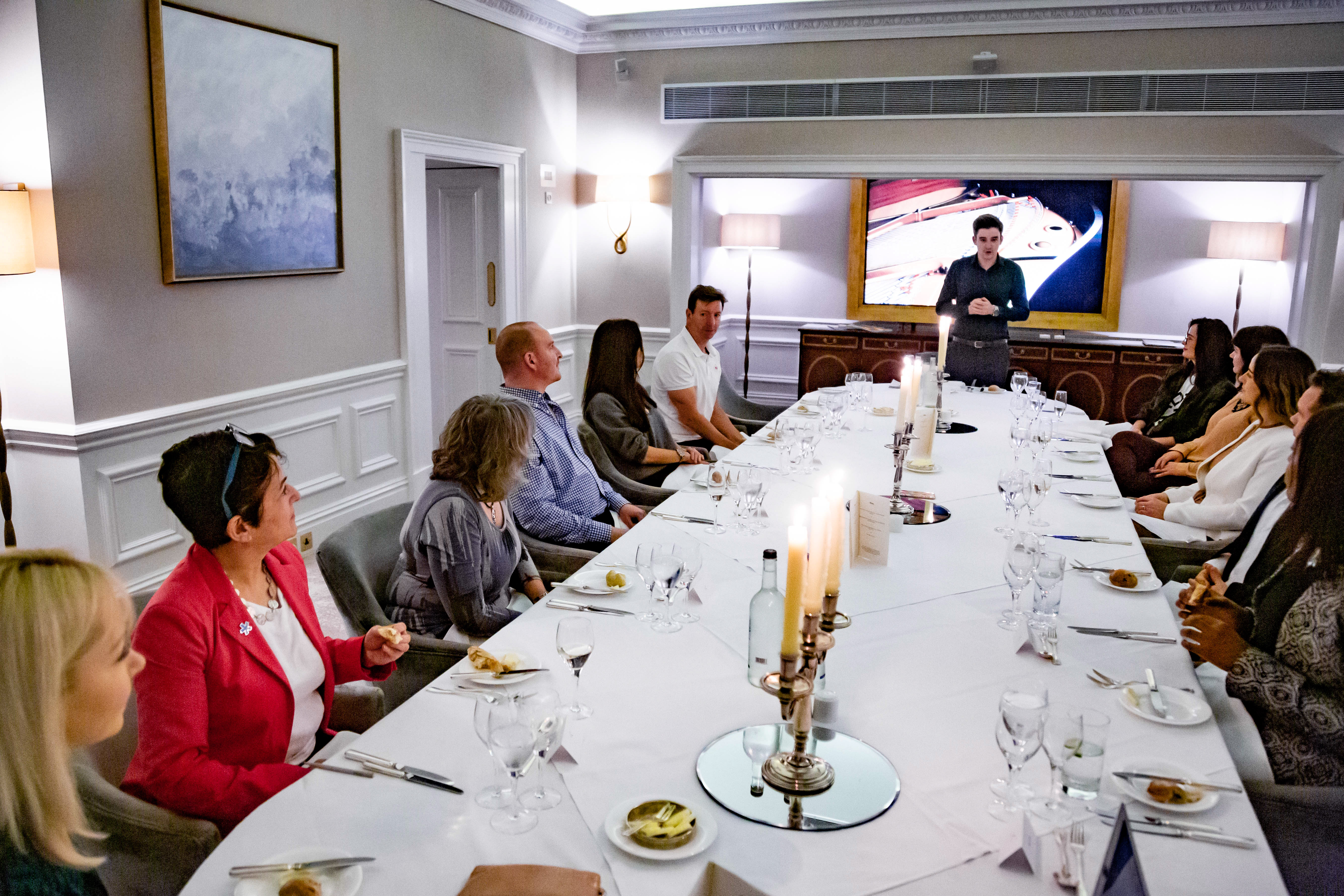 Data is a crucial tool to create meaningful events, but it’s a constant battle to justify the cost of collecting and analysing it – and prove your event’s ROI.

This was the feeling among corporate and agency event planners at a C&IT roundtable debate at The Landmark, in partnership with Explori.

"On the corporate side, it’s particularly hard to justify what we’re doing and the results we’re getting back," said Jessica Badminton, senior event manager at Quilter Financial Planning.

So how do you prove the impact of events using data? How do you use data to improve events?

Charlie Hepburn, founder and managing director at BE Vivid said that the first problem is fundamental benchmarking – what am I comparing this event against? 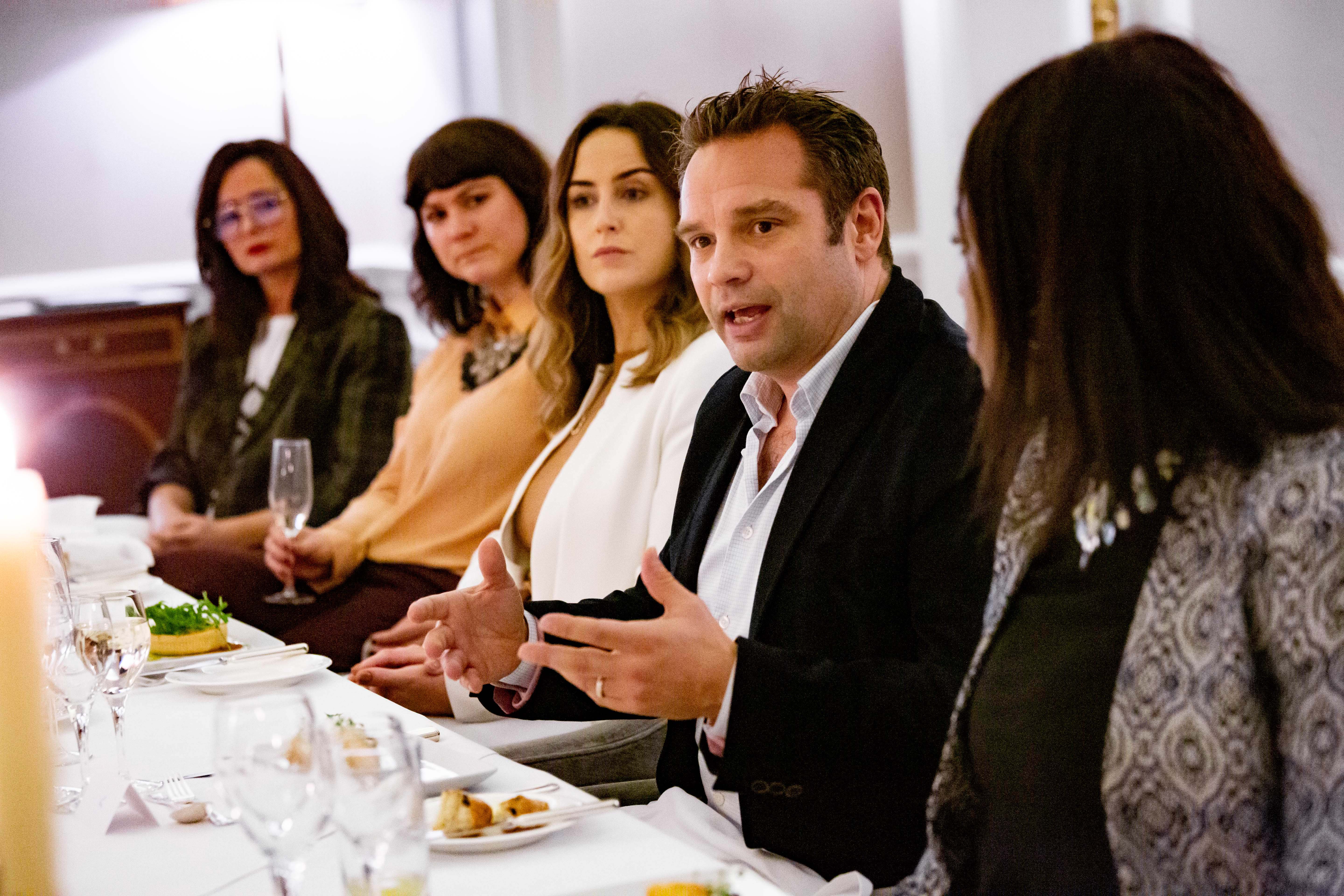 Hepburn believes that stakeholders or management teams can make things "incredibly difficult" by benchmarking against basic criteria such as ’how many people attended’, ‘were you happy with the service?’ and ‘did you like the food?’

"There is a reticence to truly identify the purpose of events and what the outcomes should be," he said. "We need you to build and create measurements, and make data more meaningful, so we can show you whether you have changed behaviours. You’ve got to start from somewhere, and once you’ve done one event you can tweak and build from there."

"We had a prime spot by the catering, the toilets and the live theatre. We thought we’d get a good proportion of the 93,000 people at the exhibition coming via our stand."

Conway invested in tracking stand attendees and was astounded that they only measured 45,000 visitors.

"More than half of the exhibition visitors hadn’t been anywhere near us," she said. For her, events are useful as part of a "chip, chip, chip away marketing strategy" to keep the brand at the back of mind, but planners need to think carefully about value for money.

Explori’s global strategy director, Sophie Holt, agreed that footfall is not a great indicator of how well an event meets its objectives but suggested that live tracking data is becoming more useful.

Companies can now track people’s devices at an event, measuring how many unique smartphones came into a vicinity, how long they stopped for and also (with permissions) layer that data with event apps to make it individually identifiable.

Organisers can potentially identify particular people on-site at a certain time, send them a VIP pass and with their in-app permission to be geo-tracked, serve prompts, offers and recommendations.

"Smartphone tracking is cool but when it’s attached to a known individual it’s so much cooler," said Holt. "You have their permission to say "we know that you did this at the event – how did that change your experience? How did that make you feel?""

"At Amazon, everything is data-driven," said Grant. "We can’t do anything unless we dig into the data, segment audience into minute detail, write a thorough report and evaluate exactly how it will benefit the business."

She described recent research around an event held for Amazon Flex delivery drivers. Amazon conducted a follow-up survey through its community app.

"The feedback scores were unbelievable," said Grant. "We were able to analyse that those who went to the event were more positive about being a Flex driver, and their net promoter score was stronger. Because of that, we gained a huge amount of funding to roll this out globally."

While this survey helped demonstrate the event’s ROI, Grant also questioned whether it’s possible to accurately measure and analyse emotional data, such as sentiment, sense of loyalty and enjoyment. 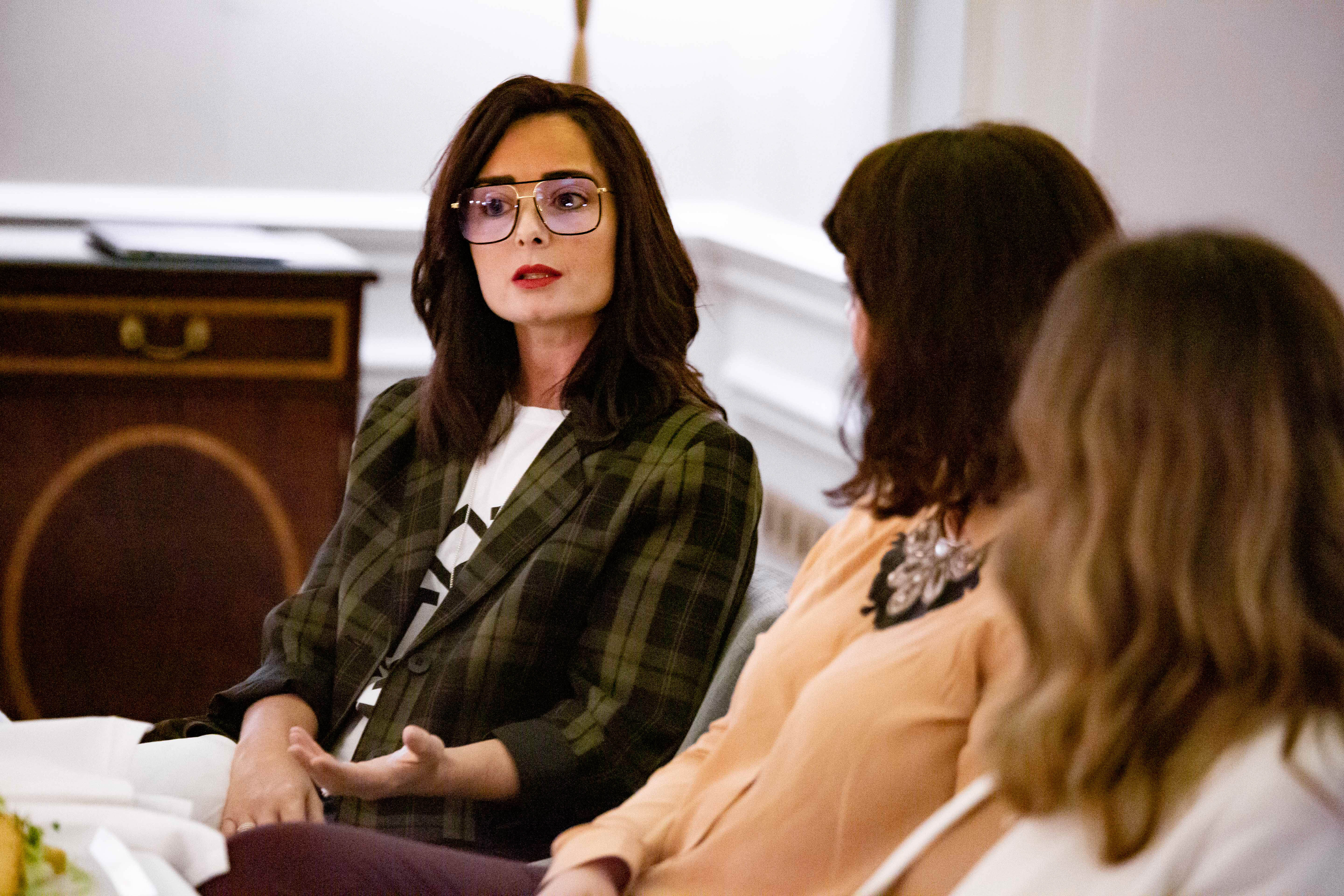 The group mentioned tools including facial recognition technology, heat mapping, and wearable technology, which are becoming more common but can be a massive investment.

"Ultimately data is ones and zeros," said Charlie Hepburn. "Yes, I believe there is potential to create ROI on any event you do. But ultimately when it comes to emotion you will never be 100% accurate."

Mark Brewster, founder and CEO at Explori added that useful data comes over time – by analysing multiple events you can start to back-analyse, spot consistencies and make adjustments.

He added: "An event may not be jazzy, and it may be tired in its format, but if it constantly shifts cognitive and behavioural changes that business deliberately set out to achieve, don’t change it." 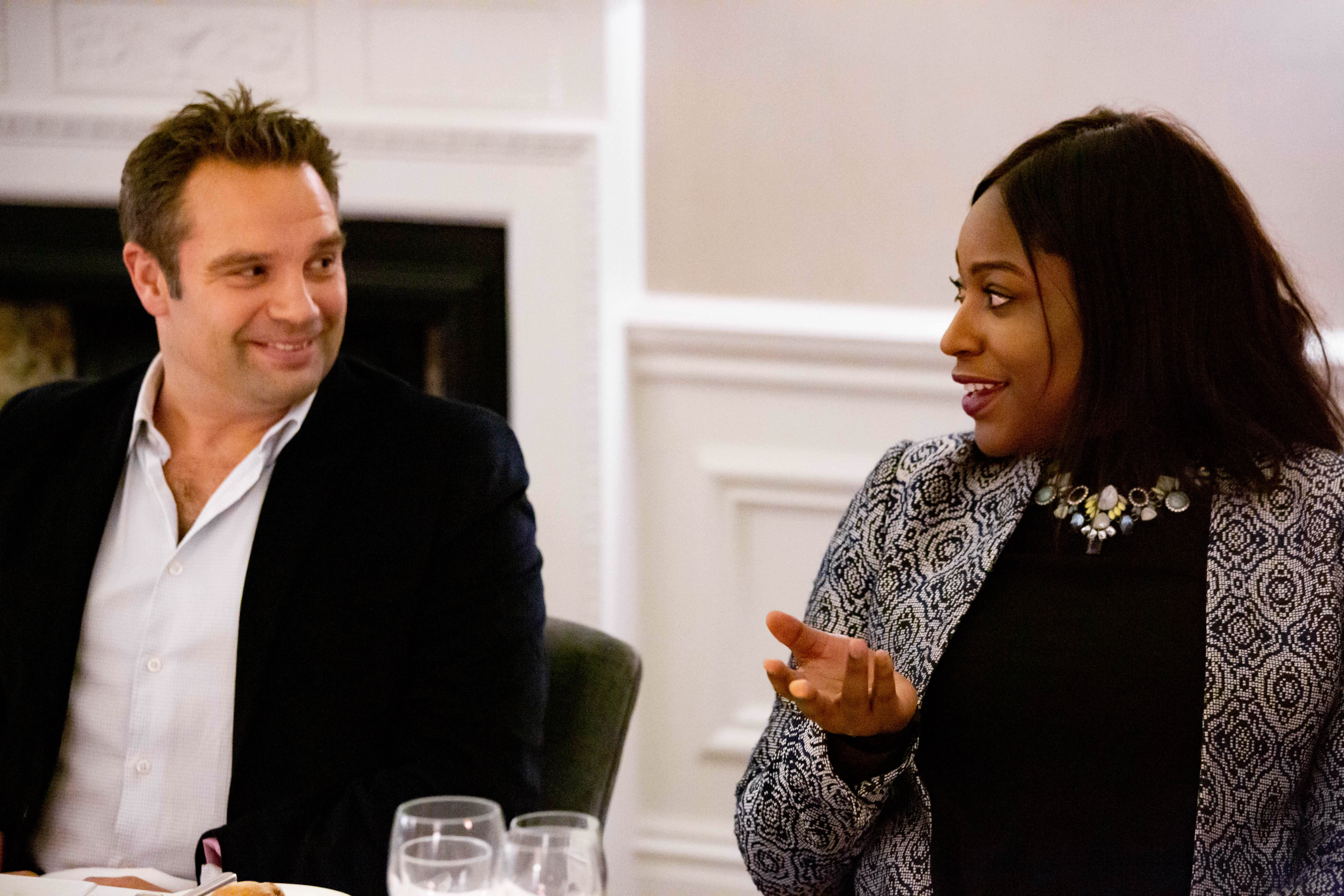 Conway pointed out that feedback surveys aren’t always trustworthy – you often see questions worded in a way that makes the answers sound more positive when reporting back to senior teams.

Charles said live data is more reliable. For example, an event app might be able to pinpoint locations of delegates within the room and allow for delegate and speakers interaction prior to and after the event.

"people who attended still using it as a social network because they have access to speakers and anyone else they weren’t able to speak to," Charles said. "There are so many things that we were able to prove by that one event, and it meant that business was done across the world. Technology is the way forward with that."

Hepburn said that live data can, in fact, be done relatively simply.

"Because of where we are with smartphones and technology, whether it’s a case of using a live poll, sli.do, or even smiley-face buttons to gauge your sense of satisfaction of a session, you can very quickly build up word clouds of what’s important," he said.

"If you’ve got presenters or facilitators who are sharp and quick enough you automatically begin to bring those in to adapt what is actually happening in a conference."

He added: "The more you can make the audience part of that content, the more it gives the event a feeling of connection as people begin to take ownership and responsibility for what you’re doing." 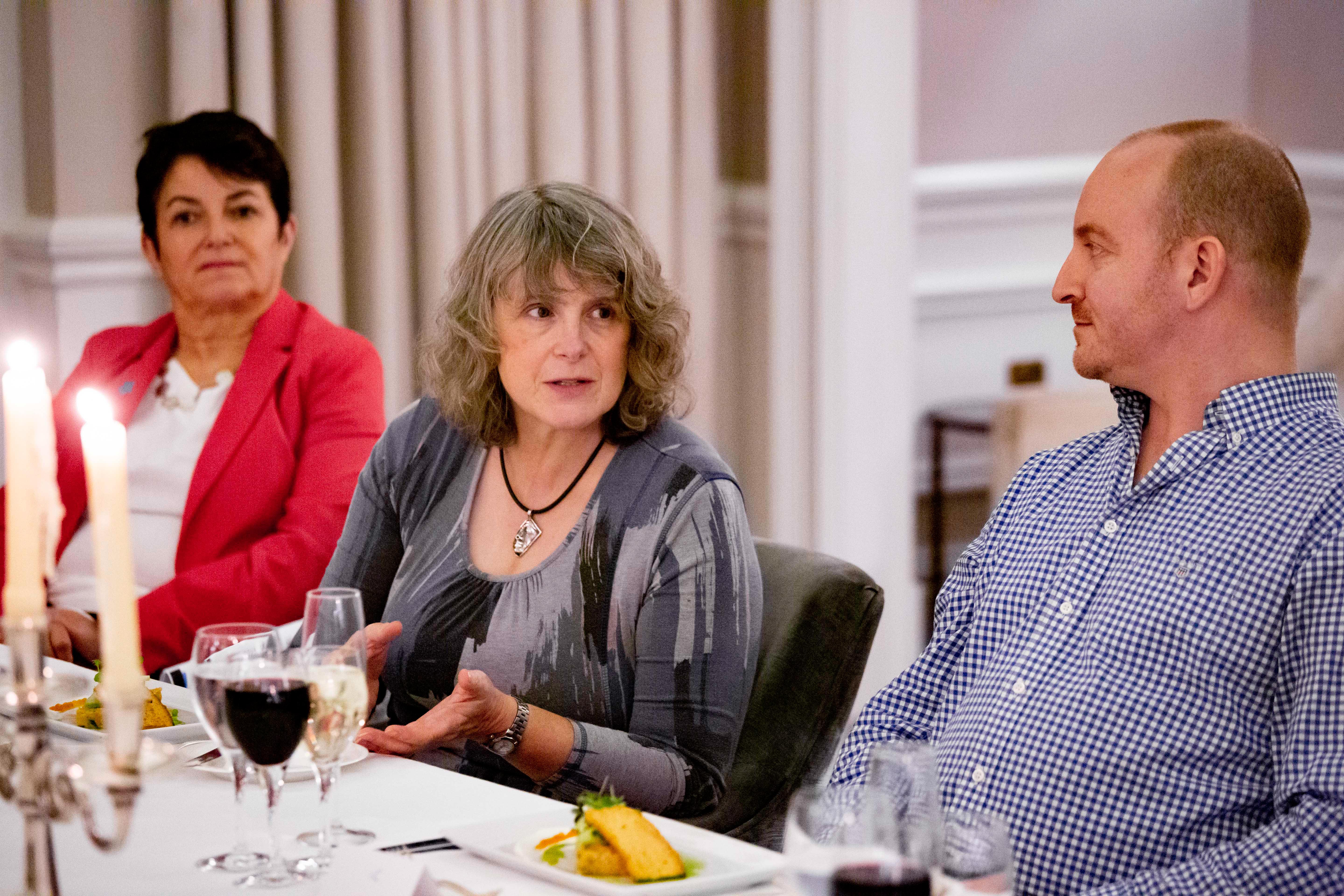 The table agreed that although the issue of ROI has become a lot more complex, it’s important not to overcomplicate the data. They warned against getting too bogged down in the numbers and losing some of the creativity that makes events great.

"Data is massively important because it can give us so many pointers, but it should never be put in front of what we ultimately do," Hepburn said.

"You still need to be able to choose a look and feel, to surprise and delight. It still comes down to the delegate experience."

C&IT partnered with Explori on this roundtable. Explori helps event organisers prove the impact of their events on company objectives using their robust survey reporting platform.