Pitching for new business has had positive results for the majority of agencies, despite growing challenges.

According to the findings of this year’s State of the Industry: Agency report, 62% of event agencies have seen an increase in the number of pitches year-on-year. Despite the majority of these agencies (42%) stating that the quantity had only ‘increased a little’, a fifth (20%) of respondents said they had ‘increased a lot’.

Only 14% reported fewer pitches year-on-year, and all of those that did said they had only ‘decreased a little’. 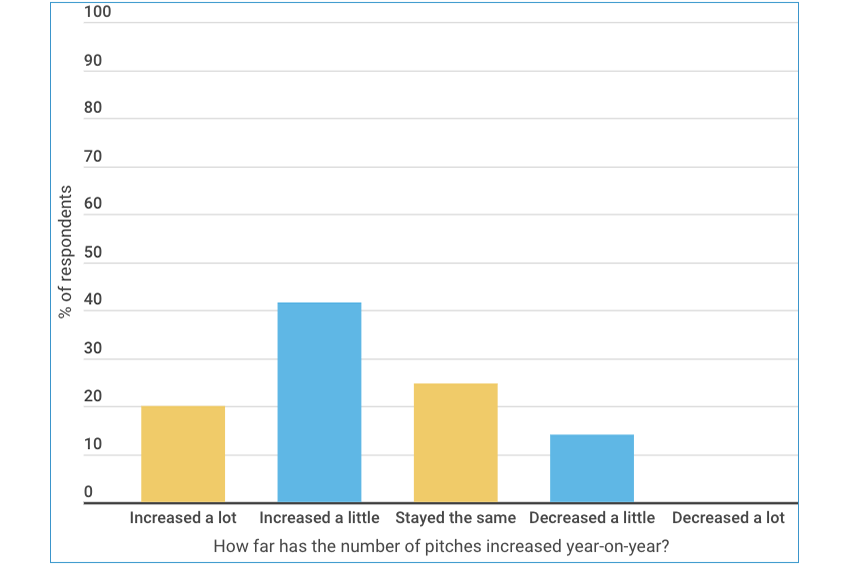 Meanwhile, 15% of those that took part of the State of the Industry: Agency report survey said new business only made up 0-5% of their UK revenue last year. 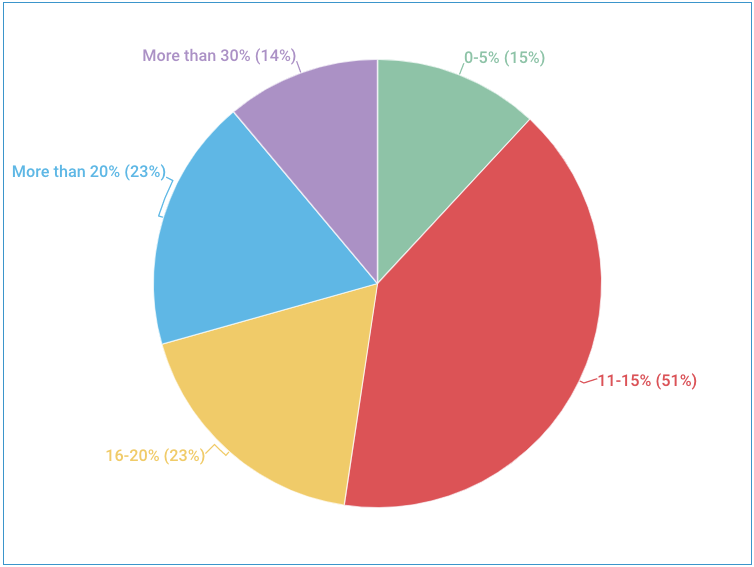 Percentage of UK revenue that came from new business

This article is part of the State of the Industry: Agency report.

For more features and breaking news, sign up to C&IT Magazine's daily Newstracker.