The main goals were for France to gain visibility in the UK tech scene by highlighting its capacity to welcome and develop scale-ups, while uniting the many French tech entrepreneurs, investors and corporates based in London.

First, there was a 'Wanna-be Scale-Up' conference, exploring France’s capacity to produce the necessary environment for the development of scale-ups.

There was an introduction by Pascal Cagni, France’s Ambassador for International Investments, followed by five fireside chats starring some of the best French entrepreneurs and companies (Eight Roads Ventures, Ogury, Kantox, Made.com and Klaxoon).

The conference finished with a brief speech about France’s tech ecosystem. 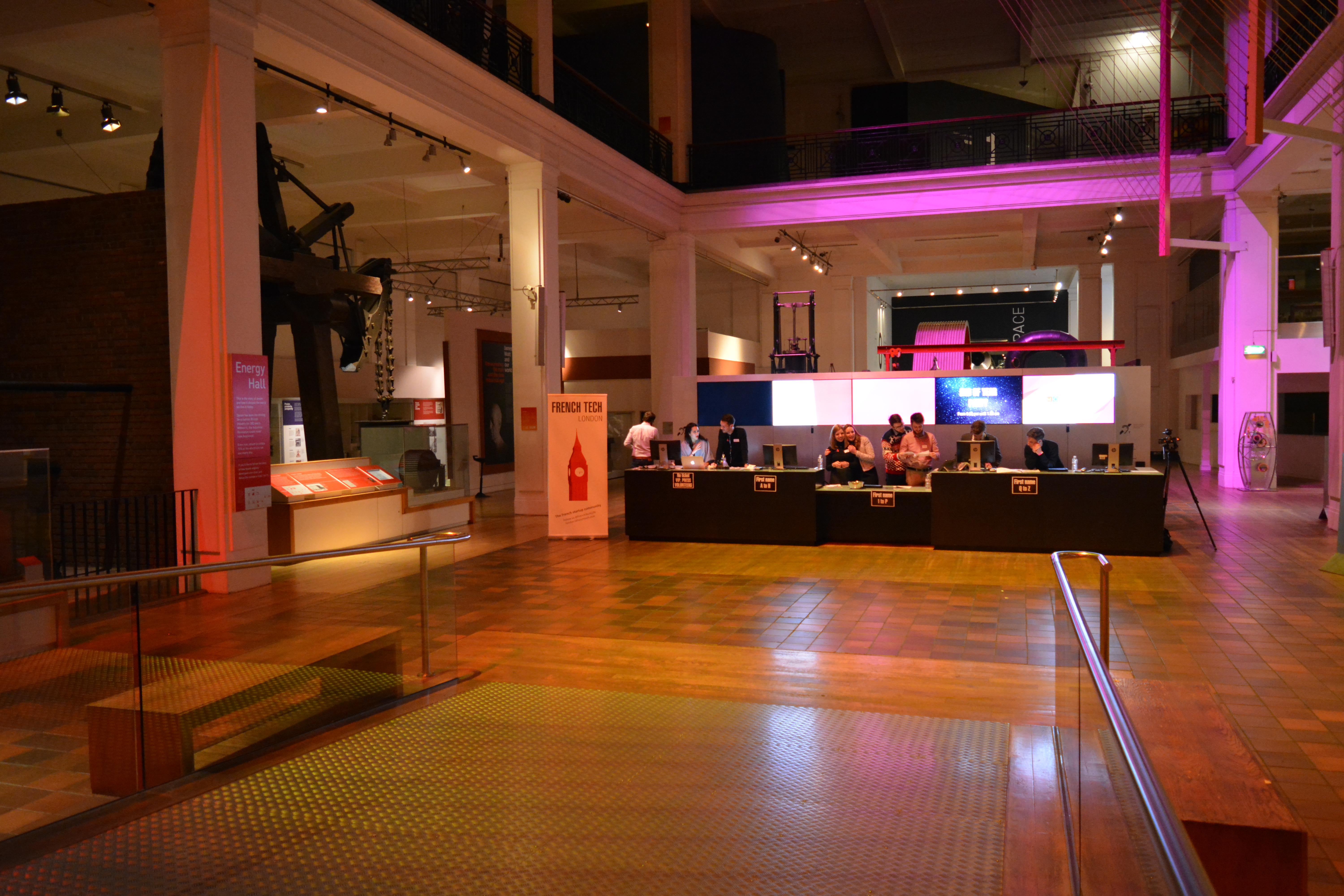 In the IMAX lounge, a press session was organised with journalists from key national titles in both France and the UK.

After the conference, there was a reception with drinks and nibbles for 400 guests who enjoyed networking and dancing to a DJ until the event closed at 1am.

The Science Museum was chosen because it was one of the only venues that offered both an auditorium and a reception space. Plus, as the event was focusing on innovation, the context of such a world-leading museum was ideal to capture the event’s ethos.

The museum’s IMAX theatre was used for the conference and Tomorrow’s World for the reception; the guests said they were particularly impressed by the venue.

There was a live stream from the conference out of the museum, as well as screens throughout the galleries and at the registration desk to play branded videos.

Catering was from Seasoned, while AV came from Blitz - both of whom were described as "absolutely perfect and very flexible before and during the event."

In terms of challenges, due to the timings of public access to the museum for setup was only possible in the evening, but this was overcome by the "swift installation" using many volunteers and "exceptional" suppliers on hand.

"The Science Museum was an exceptional venue, with a very professional organisation and setup, and friendly staff," said a French Tech London spokesperson.