Europe remains the most popular destination for association meetings, with the US, Germany and the UK hosting the most, a new ICCA report has found.

ICCA President Nina Freysen-Pretorius said: "The results of our 55-year advocacy report demonstrate how new avenues of possibility are opening up for our industry with this new phase of growth; to ensure our industry’s continued longevity, we must adapt to any upcoming challenges that rapid societal developments will bring." 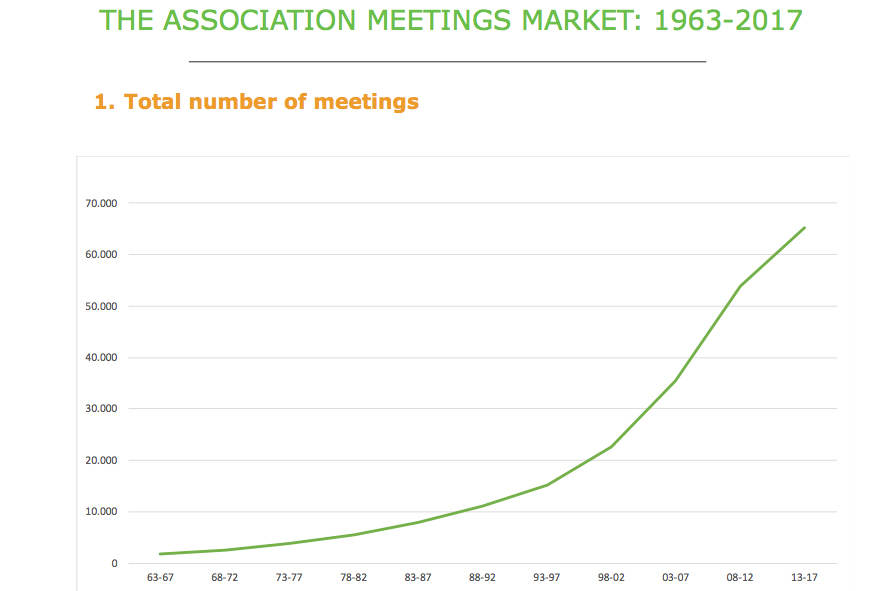 Comparing the period 2008-2012 to 2013-2017, Spain dropped from third to fifth place in the rankings, being overtaken by the UK and France, which moved up to places three and four respectively.

In terms of the top five cities: Barcelona has dropped two places to fifth place, as Berlin moved one position up to third. London has entered the top five and moved two places up to fourth position at the cost of Singapore, which dropped one place to sixth. 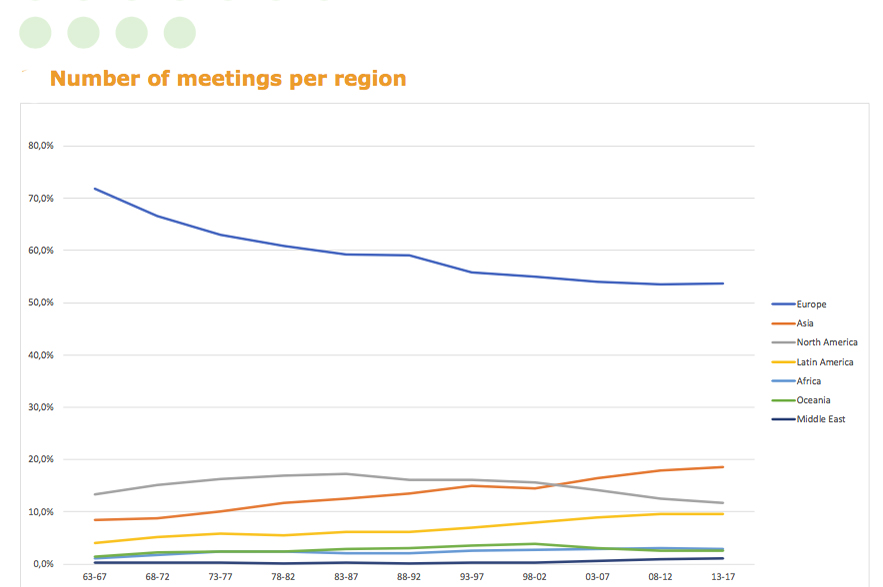 ICCA says the relative number of annual meetings has drastically increased over the past 55 years, from 36.1% in the first 5 years to 59.8% in the last five years.

ICAA says there have been 225,243 association meetings between 1963 and 2017 in its A Modern History of International Association Meetings – Update: 1963-2017, which was released to celebrate the global association’s 55th anniversary.

There has been a parallel in the growth of association meetings and progress in the fields of science, healthcare and technology, ICCA says.