Staff at Gatwick Airport had to resort to a more analogue method of keeping travellers up-to-date, after a technical failure meant the departure and arrival screens went blank for several hours.

The contingency plan was to get out the whiteboards and marker pens, to let thousands of travellers know where and when their flights were boarding.

Despite some initial chaos and concern among passengers, a spokesperson for Gatwick Airport said no flights were cancelled and only a "handful of people" missed their departures. 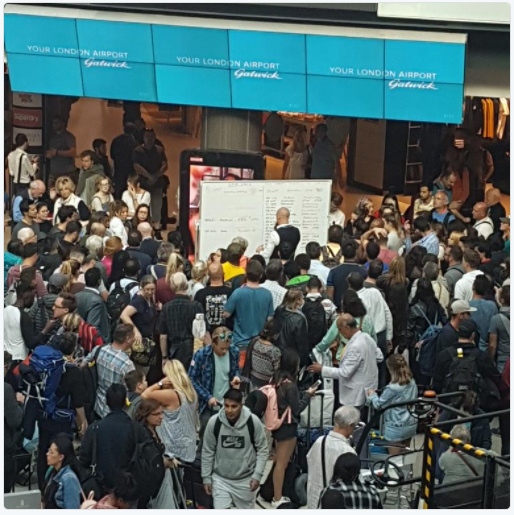 One passenger at the airport, Kirsty Malpass, wrote on Twitter: "Thanks to an old-school whiteboard and a lot of people scurrying around with markers and erasers it is surprisingly calm and ordered."

Happily, by 5pm, a spokesperson for Gatwick reported that the fault had been fixed and all arrival and departure boards were fully operational again.

LIVE UPDATES: UK could have 'air bridges' by end of June

5 bad leadership habits to avoid when managing a team remotely

How to take your events outdoors

MD of Gazeboshop explains how to make the most of outdoor facilities and comply with social distancing.