The slump in the value of sterling following the EU referendum result in June has meant Euro and US dollar destinations are still around 15% more expensive for UK groups. While Europe and the US will remain popular for corporate groups, some event planners predict there could be a shift towards destinations outside the Eurozone and those with currencies pegged to the US dollar in 2017. Here, we outline three options well worth considering…

Following Donald Trump’s surprise win in the US election last month (November), Mexico saw its own currency slump amid concerns about what the news would mean for the country.

As a result, Mexico is even more affordable than it was previously. The destination is also serious about the meetings and incentives sector, recently appointing a Business Events Customer Advisory Board, which is aiming to position Mexico as the leading C&I destination in Latin America. Meanwhile, the Cancun Convention & Visitors Bureau also appointed a new meetings industry director to promote the region's MICE offering to buyers around the globe.

There is also a number of key developments further increasing Mexico’s appeal for events. W Marriott Hotels & Resorts recently opened the 299-room JW Marriott Los Cabos Beach Resort & Spa, while the Hard Rock Los Cabos is due to open in 2017, and the Four Seasons Resort Los Cabos at Costa Palmas is set to open in 2018. 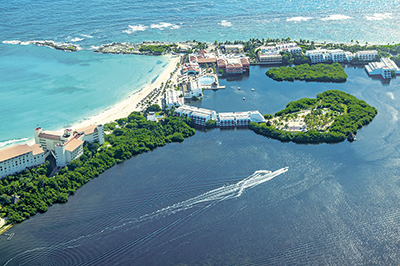 2017 Preview: Five of the best... openings around the world

2017 Preview: Five of the best... UK venue openings outside London

South Africa has long been a C&I favourite for the UK market, with Mercedes-Benz and Callcredit among recent brands that have visited from the UK for incentives. But for groups that have already visited South Africa, there are a number of other countries in Southern Africa that offer good value for money and are well worth a visit, such as Namibia.

Listed as number two on Lonely Planet’s best value destinations for 2017 list, Namibia’s dollar, pegged to the South African rand, has been depreciating in value against many currencies for a few years, meaning it’s a good time to visit.

Namibia’s 975-mile coastline is full of possibilities for groups, whether it’s along the beach or out in the ocean. The South Atlantic is home to two dolphin species, meaning sightings are 99% successful, while Cape fur seals and, depending on the season, humpback whales and orcas can also be spotted. There are plenty of game reserves for those wanting to include safari on the agenda, and thanks to its cloudless night sky, Namibia is regarded as one of the top-three destinations on the planet for stargazing.

There have been several new openings in the country this year, including Choebe Water Villas, an exclusive Lodge accessible only by boat, offering 16 water villas located directly on the banks of the Chobe River and opposite the renowned Chobe National Park. Another new property due to open soon in North East Namibia in Khaudum National Park is Xaudum Lodge, which will offer nine rooms.

For groups that don’t have the time or budget to travel further afield and are looking for a better value destination close to home, Bulgaria is emerging as a strong contender. The pound might not be quite as strong against the Bulgarian Lev as it was, but it hasn’t seen the same crash as it has against the Euro.

The capital Sofia is Europe’s second oldest city and its landmarks reflect more than 2,000 years of history, including Greek, Roman, Ottoman and Soviet occupation. There are plenty of museums making it ideal for culture vultures. 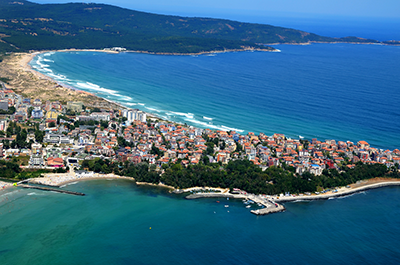 On the hotel front, more international brands are investing in the city. InterContinental Hotels Group (IHG) recently announced the signing of InterContinental Sofia, the first for the brand in Bulgaria. The hotel will operate under a management agreement with InterHotel Grand - Hotel Sofia AD. The existing hotel will undergo a refurbishment and emerge as a 182-room luxury InterContinental hotel in 2017, featuring seven meeting rooms and five boardrooms, a lobby bar, a spa and fitness centre as well as a roof top restaurant overlooking the main square.

Meanwhile, the country’s long Black Sea coastline is dotted with large resorts, with the ‘maritime capital’ Varna among the liveliest. There are plenty of hotel options suitable for groups, such as the 196-room Doubletree by Hilton Varna - Golden Sands.

• For more in-depth features, as well as case studies and breaking news, sign up to C&IT Magazine's daily Newstracker here