Over the course of the last ten years, Downtown LA has led a triumphant crusade to become one of the city’s most prolific art and entertainment centres, spearheaded by the opening of L.A. Live and The Broad, a spectacular £110m museum of contemporary art sat across the road to the equally impressive Walt Disney Symphony Hall.

Destination of the Month: Los Angeles

Meet LA, the Los Angeles Tourism & Convention Board’s handle, is excitedly promoting Downtown LA to event planners the world over and as more attractions, hotels and restaurants open, the faster the heart of the city beats.

At a gargantuan size of 5.6 million square feet, L.A. Live was opened in 2007 to become the city’s premier entertainment complex, with two hotels, a sports arena and a flurry of bars, clubs and restaurants – all within easy walking distance of the Los Angeles Convention Centre.

The area is also home to a wide selection of venues, including Microsoft Square, a 4,000 delegate open-air venue located at the heart of LA Live. Since its unveiling, the space has become a popular venue for pre show corporate gatherings for events taking place at the neighbouring STAPLES Centre, including festivals and press events. In addition,  its sister space, the Microsoft Theatre, is a 7,100-seat auditorium that offers planners an intimate option for corporate showcases and seminars thanks to each row's close proximity to the stage. 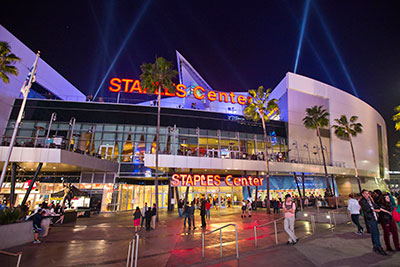 Also on site is The GRAMMY Museum, a highly popular multi-level attraction celebrating the legacies of all music genres, as well as the craft behind the recording process that music-lovers will not be able to get enough of. Groups begin on the top floor and begin to slowly make their way through a range of exhibits, where everything from Beatlemania to the rise of Blues, Brit-Pop and Hip-Hop go under the microscope.

The museum also features a 300-seat theatre and rooftop terrace designated for private receptions and functions for up to 450 delegates. 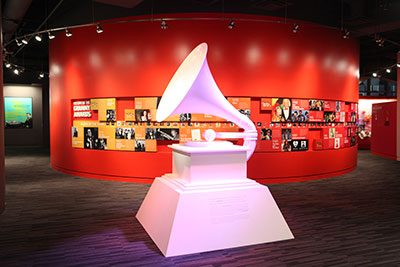 The Broad sits on the corner of South Grand Avenue, the hotbed of Downtown’s thriving arts and culture movement. The gallery is a 120,000sqft, three-level facility, complete with a lecture hall and an expansive public lobby. Since its opening in September, the buzz hasn’t died down for a second and groups who haven’t pre-booked will be welcomed by hoards of art enthusiasts queuing around the corner.

Its inaugural exhibits included the work of Andy Warhol, Roy Lichtenstein and Jeff Koons, in addition to the mesmerising Infinity Mirrored Room, by Yayoi Kusama. See it while you still can.

Given its recent unveiling, the venue is yet to release full details of the opportunities available for corporate groups, but a visit – and a queue jump - alongside the paying public makes for a thrilling experience. 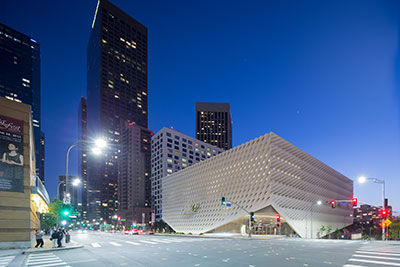 Almost every city has one these days and thanks to travellers’ insatiable need to grab best cityscape shots of to publish online attractions like OUE Skyspace have thrived.

The Downtown skyscraper is California’s tallest open-air observation deck, with 360-degree views stretching from the ocean to the San Gabriel Mountains from nearly 1,000 feet above Downtown LA.

However, Skyspace’s real X-Factor isn't the impressive photo opportunities from the top, setting the attraction apart from any sky-high venue on the planet is undoubtedly the Skyslide. Protruding 70-storeys from the side of the US Bank Tower is a 45-foot long glass-bottomed tunnel that connects the top floor to the east observation terrace. Visitors with aspirations to be the first human to achieve un-assisted flight will be in for a thrill as they swerve high above the city before making a smooth landing. 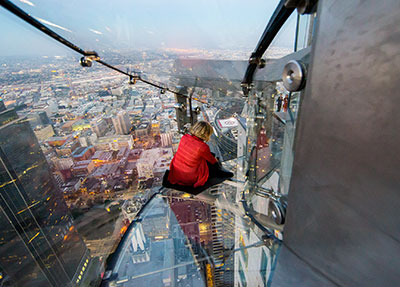 Residing inside one of Downtown’s most renowned architectural gems is Redbird, a lively restaurant serving modern American cuisine and offering a stunning venue for group dining in the city.

Redbird is located on the site of the former Cathedral of Vibiana, which now functions as a private space for a variety of uses, including weddings, conferences and gala dinners. A full restoration has added new lighting and sound systems to make it one of downtown’s most sought after event spaces.

Separating the cathedral from the main building is its elegantly decorated Garden Courtyard, which can seat up to 66 delegates for outdoor events, while the restaurant can accommodate seated dinners for up to 25 and standing receptions for 250. 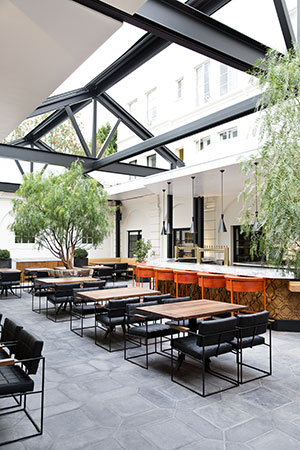