The former Four Seasons Canary Wharf rebranded this summer as an independent property and now operates under the guise Canary Riverside Plaza. The five-star property has worked hard to retain its luxury since debranding from the international chain and its address on the historical quays of east London remains highly coveted.

A total of 142 rooms are spread over eight floors, which include river view and penthouse suites, in addition to two restaurants, an open-air terrace, and 24-hour in-room dining. A two-storey, 2,500-square-foot ballroom also includes three function rooms suited to smaller groups. Delegate downtime can be used lapping in the indoor pool, which runs directly alongside the Thames or on the property’s private tennis court 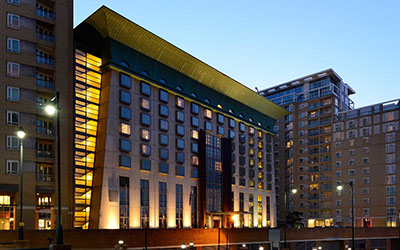 July saw the grand opening of the citizenM Tower Hill, the boutique brand’s new flagship hotel in the capital. Located opposite the world-renowned Tower of London, the 370-room hotel includes a jewel of its own – cloudM – a sky bar fit with a wraparound balcony offering 360-degree views of Tower Bridge and the city.

Numerous quirks such as self check in terminals and ultra-modern furniture will be familiar to citizenM regulars as peculiar props from vintage cricket bats to sports trophies adorn the hotel’s communal spaces. Located on the top floor is the property’s eight meeting spaces that come equipped with whiteboards, blackboards and free wifi. 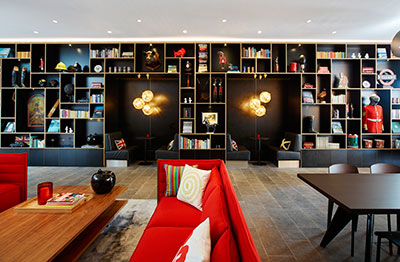 Renowned as a celebrity dining hotspot, restaurant specialist Nobu is branching out to open its first European hotel in London early next year. The five-storey, 156 room Nobu Hotel Shoreditch will be designed to reflect both the city of origin, as well as the brand’s east-meets-west philosophy.

The interior design is a creative collaboration between Ben Adams Architects, Studio Mica and Studio PCH and will feature banqueting and meeting rooms, as well as fitness centre and signature restaurant. Acting as the main hub of the resort, the Nobu restaurant will be spread across three floors, showcasing a menu developed by Chef Nobu Matsuhisa, exclusively for the hotel. 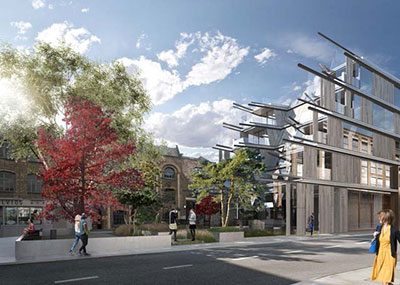 The 150-room Manhattan Loft Gardens will be part of a brand new luxury development in Stratford when it opens in 2017. A booming hotspot for events venues ever since the 2012 Olympics, the East London design hotel will match style with function.

Built in a double-cantilevered tower, visitors will have access to the premium hotel's features and facilities including a gym, spa, restaurants, cafes and bars. The hotel at Manhattan Loft Gardens will complement the developing community of residents, specifically designed as a place to meet and for creative engagement. Its ambition is to be a catalyst for the technology and creativity in East London.

In the ever-developing district of Shoreditch, New York hotel giant Highgate Holdings is starting its 20-hotel portfolio with a 30-storey iconic building on Shoreditch High Street, opening at the end of 2018. The 20- room luxury hotel will also include office space, as well as retail and leisure spaces, and a sky lounge, one of three "glass boxes" that will feature at different levels of the building.

There will also be a mid-level glass box called the Shed, to serve as a venue for lectures, presentations and other events. ‘Thoughtful’ architecture is at the centre of the design process, and the property will be in keeping with the raw, industrial feel of the area. 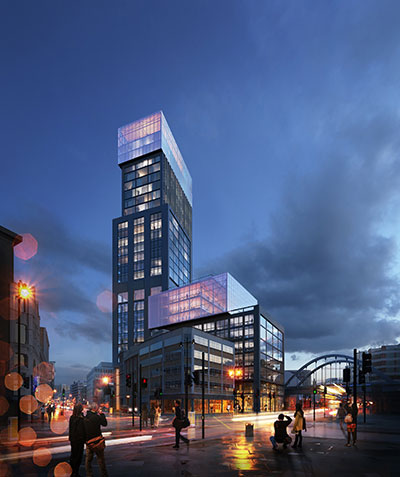 It will represent the first Element-branded property to open in London, with the Aloft London Tobacco Dock becoming the second Aloft-branded hotel to operate in the capital.