Pre-event planning
Honda (UK) has been working with Noble Events to deliver its annual dealer conference for several years. The introduction of a new management team in 2013 meant the automotive brand wanted to make some changes to the event. "The client was keen to ring the changes and put a different spin on the conference," says Noble Events event director Penny Noble.

The event had been held at Celtic Manor for three out of the past five years. The agency and client decided to return to the ICC in Birmingham, a venue that had been used previously but not for some time. Rather than a black-tie event, Honda wanted to make the gala evening slightly more informal, but at the same time exciting and dynamic.

Objectives
In addition to sharing key business messages and launching several new models to principal dealers and business owners from around the UK, the car company wanted to use the event to bring 'a taste of Honda' to Birmingham, and to share 'a taste of Birmingham' with its delegates. The client was keen to use the business event to reach a wider public audience and increase product awareness in the city while challenging perceptions of the brand. It also wanted to give something back to the city through supporting a local charity, Birmingham Children's Hospital.

Challenges
The event was taking place at the same time as Birmingham's Christmas Market in Centenary Square, close to the ICC, which provided an ideal opportunity for promoting the Honda brand in the city. Noble Events, with the assistance of the ICC team, secured sponsorship of the market's ice rink and ferris wheel - a first - which meant complex negotiations with Birmingham City Council. Honda also aimed to expand public perception of its brand and make both conference attendees and members of the public visiting the ICC and the market aware of the fact it makes more than cars and motorcycles.

The company wanted a 'beer and curry' night for the gala dinner and Noble says that the key challenge was working with the ICC to make sure it was an upmarket experience with quality catering. A royal visit by HRH Prince William the day after the event also meant that a lot of the equipment in Centenary Square needed to be taken down quickly.

Solution
Noble admits that negotiating with the council over sponsorship was a slow process, especially as there was a new contractor responsible for the ice rink and ferris wheel in 2013, making it difficult to find the right people to talk to. "With their working knowledge of Birmingham City Council, the ICC team know just who to contact in order to get things done," says Noble.

A space outside, owned and operated by the ICC, was used to display the Honda jet, ASIMO the humanoid robot, the 130mph Mean Mower and the championship winning BTCC Civic. On the ICC's public Mall, the new Honda CR-V was on display on 3D pavement art (below). Replicating the look of the current television advert, the installation created an interactive photo opportunity for passing members of the public, who were invited to share their photos on Twitter using hashtag #hondaillusions. 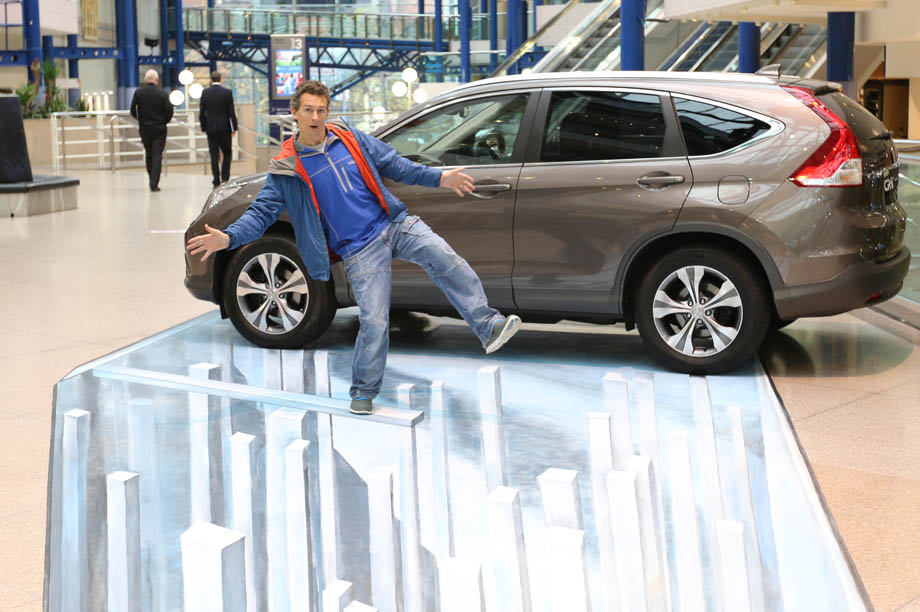 The conference kicked off at 2pm in hall 4 of the venue and featured lots of video content, as well as the launch of two new cars. After a couple of hours at leisure, delegates were invited back for pre-dinner drinks, including mulled wine, on the outside terrace at The Birmingham Repertory Theatre. They were able to use the ice rink and ferris wheel alongside parents, children and staff of Birmingham Children's Hospital. Later in the evening, members of the public were invited to use the rides in exchange for a donation to the hospital and over £4,500 was raised for the charity.

Meanwhile, hall 4 had been transformed after the conference into a Bollywood theme for dinner, with swags of voile in saffron and rich purple, emerald green and vibrant pinks. Noble says a six-hour tasting session was held with the ICC catering team to make sure the menu and food was high quality. Noble Events also worked with beer and wine sommeliers, who were on hand to talk to attendees about the offering. Guests were entertained by host Hardeep Singh Kohli, who did a live cooking demonstration during dinner, which was followed by a performance by Bolly Flex (below). 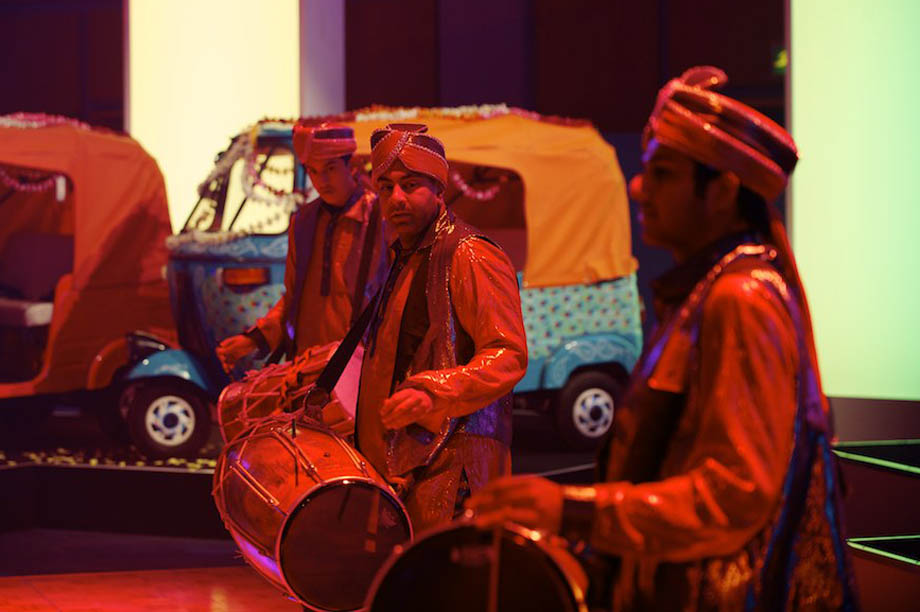 Client verdict
Leon Brannan, head of cars, Honda (UK), said: "There was a unanimous positive reaction, which is unheard of, with several people saying it was the best conference in years."

Post-event analysis
Honda and Noble Events both received lots of positive feedback from attendees on the day, but a follow-up survey has yet to be carried out. Noble says that as the event was quite different from previous years, they are keen to follow up with a survey to gauge reaction to the changes and new evening format. 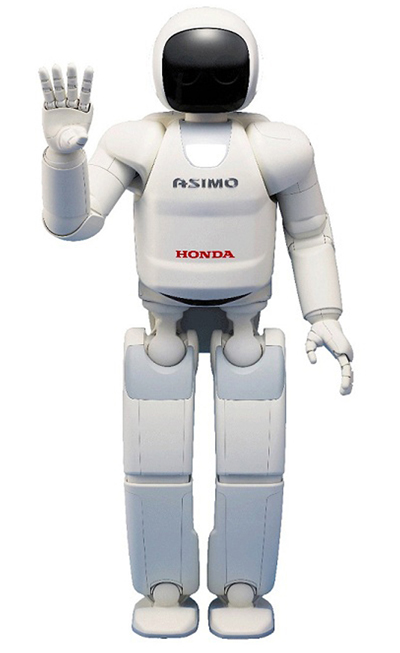