Chuan Spa at The Langham, London 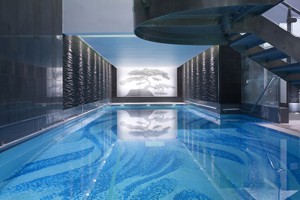 In February 2011, the Chuan Spa arrived at The Langham, London. It is the first Chuan Spa in Europe and also claims to be London's first hotel spa to incorporate ancient principles of traditional Chinese medicine (TCM) into its signature treatments, ambience and decor. 'Chuan' in Chinese means flowing water. The spa consists of six private treatment rooms, including a preand post-treatment relaxation area, a vitality pool, herbal steam rooms and saunas. Chuan Spa offers the services of a fully qualified TCM practitioner for private consultations, and specialist TCM therapies including acupuncture, Ho Guan (cupping), moxibustion and other techniques. 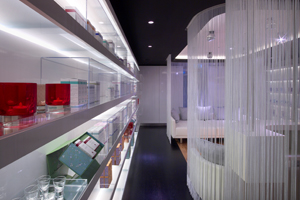 Delegates can escape from the hustle and bustle of the capital and relax after a hard day of meetings at W Hotel's Away Spa. The spa and hotel are centrally located on Leicester Square in the heart of London's West End. In addition to the five treatment rooms, there is a sauna, steam room, state-of-the-art gym equipment, men's and women's lounges for post-treatment relaxation and a detox-and-refuel relaxation area. Treatments include the REN Moroccan Rose Ritual, a bespoke facial and body rebalancing experience to relieve stress.

How to make your events business more resilient

'Small, medium or large - all agencies will be feeling the same shocks'

Cheerful Twentyfirst boss talks about the challenges of going through an acquisition in the middle of the coronavirus crisis.

How can the events industry recover from the impact of coronavirus?

Nearly 2,000 event professionals contributed to C&IT's Impact of Coronavirus Report and gave their thoughts on what the future holds.