76 Portland Place is a Georgian building close to Regents Park with 12 meeting rooms including the Rutherford Theatre, which can seat 170 delegates in theatreor cabaret-style. The purpose-built facility can accommodate up to 170 delegates for a reception or 140 for a seated dinner. It holds the silver-level award from Green Business Tourism, the first independently audited green accreditation scheme for the meeting industry in London, in recognition of its efforts to be energy-efficient and to cut waste.

The Cavendish Conference Centre in the West End has a zero-to-landfill policy with recycling routes for all of its waste streams, including food, which is composted. It also has a policy to reduce travel miles. Its meat suppliers, for example, are all based within the M25, and it is looking to introduce group deliveries on the back of protocol in place during the Olympics. The venue has eight meeting rooms, including an auditorium for 250.

The 65-room Rafayel Hotel in Battersea is a five-star boutique property that aims to minimise its environmental impact without compromising on quality or comfort. It has energy-efficient LED lighting and air conditioning, a no-plastics policy and it harvests rainwater, all of which help to reduce an average 70kg carbon footprint of hotel guests by 20 per cent. The hotel has a boardroom for 12, a third-floor event space for 150 and a rooftop terrace. 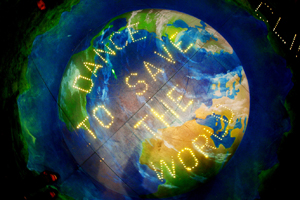 Opened in 2008, Surya is an eco-friendly nightclub in Kings Cross. It relies on solar panels and wind turbines to generate a large portion of its power. It also has water-saving bathroom fittings and is built from renewable resources. It can be hired for groups of 245, and is available daytimes and evenings on request. Organisations including the Wilderness Foundation and Campaign Against Climate Change have previously hired the club for their events.

Simon Thompson, director and co-founder of Conferences Group, recommends W12 Conferences at Artillery Lane in West London, which has on-site bore holes to supply water and plans to reduce energy consumption by 15 per cent in the next year. "This venue has a green carbon footprint, excellent delegate rates, versatile meeting rooms and adaptable catering facilities," he says. The centre has 11 versatile rooms, the largest of which seats 200 people.